Gyros (pronounced yeer-ros) are delicious sandwiches that are made with finely sliced meat, topped with cucumbers, tomatoes, raw red onions, sliced very thin and tzatziki sauce all wrapped together in warmed pita bread.  The origins of this delicious sandwich are up for debate.  Are they Greek?  Are they Turkish, where they are known as doners? Or did they come from other parts of the Middle East, where they are known as shawarma?  Regardless of where they come from, they are all very similar and are always very tasty.  Some say they date back as far as the days of Alexander the Great.  Others say they were invented in Turkey and then migrated to other parts of the Mediterranean.  Then there are those that claim they are Greek- American and were first introduced in either the 18th or 19th century.  Bottom line, no one really knows for sure where these wonderful, meaty sandwiches come from or how long they have been around.  The only thing we can agree on is how good they taste.

The word gyro, along with the words doner and shawarma, all mean to turn or turning.  They get their names because the meat used is usually thinly sliced meat that is carved from meat that is on a rotating spit.  The meat can be lamb, beef, pork, chicken, or a combination of any of those, depending on where you find them. In Greece, gyros are served with tzatziki sauce, but in other parts of the Middle east, they are not.  Tzatziki sauce is a yogurt sauce made with garlic, cucumbers, olive oil, and lemon juice, and sometimes with dill, mint or parsley.  It is always served cold, often as an appetizer or a starter.

Most Americans think McDonald’s was the one of the originators of fast food, but the Greeks would strongly disagree.  The gyro was actually one of the first global fast foods to be found, and is believed to have been eaten by the ancient Greeks as Greek street food.

I made my gyros from my leftover lamb.  I added some of my leftover lemon sauce to my yogurt for my tzatziki sauce.  Roasted Lamb with a Mustard Herb Crust  I also combined my lentils with the spinach and mushrooms and some white rice, to serve as a side dish.  Oh, the Queen is so proud of how I am always recreating from leftovers.  🙂 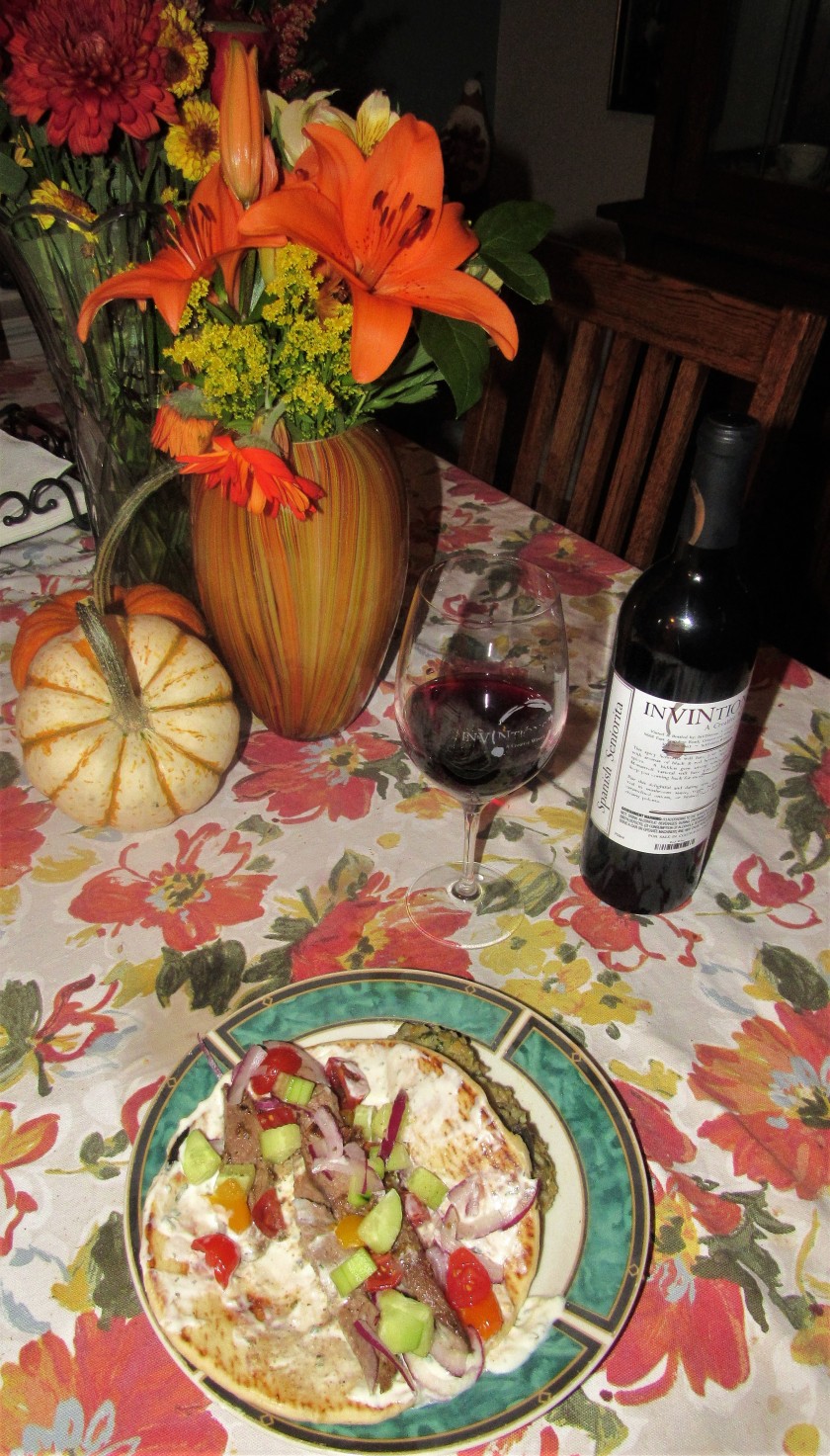 Just heating up the lamb and the pitas.

All you need for a quick, simple tzatziki sauce.  My marinade that I used for my lamb already had all the other ingredients necessary for tzatziki.  It was made with lemon juice, olive oil, garlic and herbs, along with Dijon mustard.  I added about 2 TBSP of my leftover sauce to the yogurt to make the perfect tzatziki sauce for my gyros. 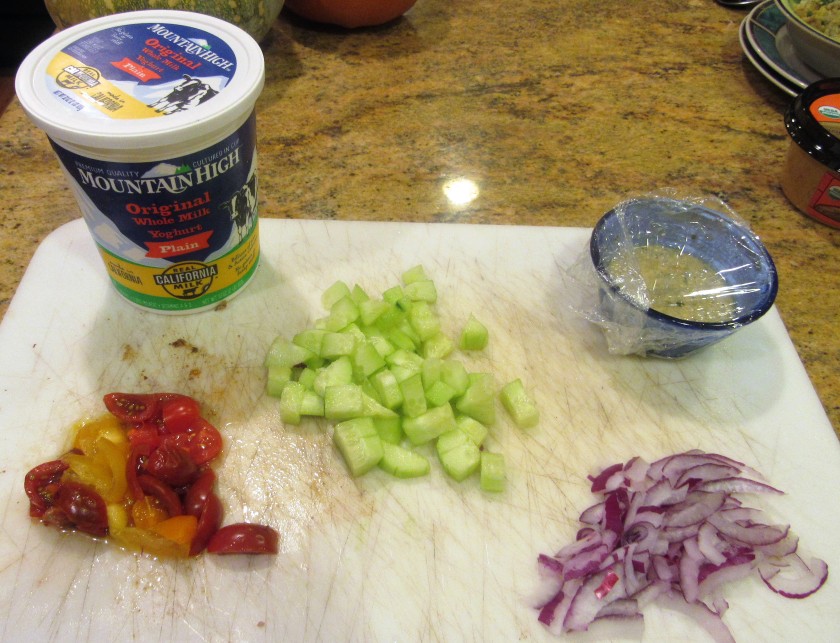 It’s all wrapped up and ready to eat.  D-E-L-I-C-I-O-U-S!  I LOVE gyros.  I think they are among my favorite Greek foods.

11 thoughts on “Quick and Easy Gyros”