I apologize for the delays in posts.  Our internet service has been very sketchy to say the least.  I am a couple of days behind on my blogs, but I figure if you like what you see and what you are reading, a little anticipation is a good thing.  Hopefully, it keeps you all coming back for more.

We have been traveling all around since we’ve been here  We were in Madrid for 2 nights, then went to Cartagena for a night.  Cartagena is about 300 miles Southwest from Madrid.  Yesterday, we were on the move again, traveling about another 300-350 miles, further south, to Almeria, Malaga and Marbella.  Our final destination for now is Estepona.  We were supposed to go scuba diving today, but because we got SOOOOOOO lost trying to find our timeshare, that is located way up in the hills of Estepona, we decided to postpose it until tomorrow.  So what we were going to do tomorrow, we are now going to do today.  We will be in this area for the next week.  So far, we have seen many amazing sights.  Spain is full of contrasts.  It is very arid and dry, yet there is a lot of agriculture.  There are very large cities, and then as soon as you get our of the cities, vast open spaces for hundreds of miles.  There are very poor sections and then the wealthiest of the wealthy.  Spain is a very religious country, being predominantly Catholic, yet also has a very large Muslim population as well.  Spain has a little bit of everything and something for ebveryone.  I will give you all more details on all of the sights and the places we’ve seen and visited in later posts.  I am still focusing on all the wonderful things from Madrid at the moment.

We were in Madrid only for a couple of days, but as per usual when we travel, we jam packed as much as possible into our time in Madrid.  Our only actual full day in Madrid was spend taking in as many sights as possible.  We bought a day pass for the metro and hopped on and off at will.  We saw the Opera House, the Palace and the Basilica, Riturno Park, Independence Square, Plaza Mayor and more.

The Metro is a great way to get all over town.  This is how most of the people of Madrid get around.

I love all the architectural styles of Madrid.  There are so many old buildings, with so much attention to detail.  Just gorgeous!  Here are just a couple samples.  I could easily spend hours just on the architecture alone, but I won’t.

Some tributes to Queen Isabela.

The Basilica, located directly across from the Palace. 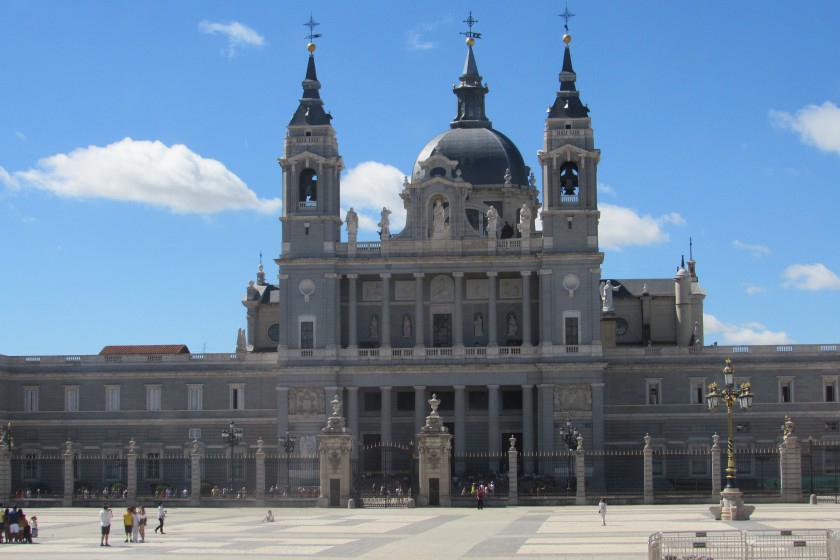 A very large Mosque in Madrid. 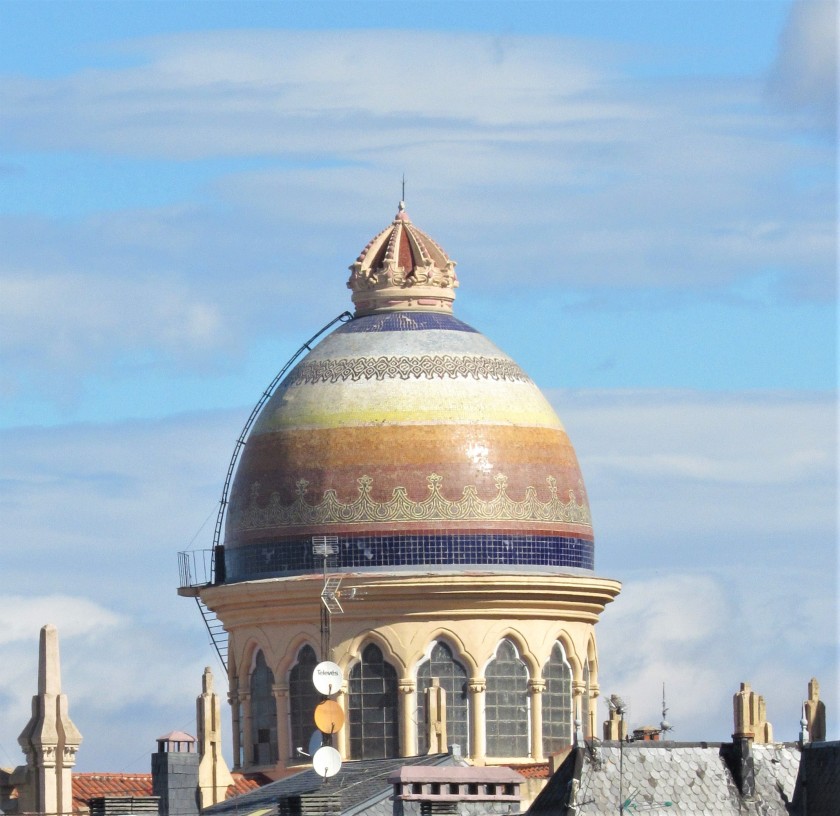 Some local entertainment while waiting to get into see the Palacio.

The Equstrain police officers are there to protect.

La Palacio Real, Madrd. The King and Queen do not live here anymore. Today, the Palace is used for State and Government functions and tourism only. A lot of the Palace would not allow pictures. It was breathtaking and exquisite though.  You’ll just have to trust me on this.

The Placio Real was absolutely breathtaking, but very, very ostentatious as well. I could never live that lifestyle in a million years. But it was very fascinating to see none the less. We saw the armory and war collection dating back to the 16th century. We saw the temporary exhibit called “Cartas del Rey” or letters to the King, that were written during WWI. We saw the Royal apartments. But the most impressive part of that tour for me was the Royal kitchen. OMG!!!! It was massive. I’ve never seen such big ovens or baking pans. I was most definitely impressed.

To me the best part of all though was the Royal kitchen.

Ciao for now.  There is still so much more to come.  Have patience and don’t go away.