After leaving Cartagena, we just kept gong south until we hit our next stop in Almeria.  Almeria is another very old city, located in the Andalusia region of Spain.  Almeria was first founded by Abd-ar-Rahman III, in the 10th century.  Almeria means “the watch tower” and it was named because of the Moorish citadel Alcazaba, that sits atop the hill, defending the city and her surroundings.  Alcazaba was part of the Moorish Caliphate of Cordoba.  The city of Almeria grew very wealthy due to the rich trade and textile markets of the area, with silk being a very large part of that trade market.  Almeria and Alcazaba were very successful for many hundreds of years until their luck changed and they fell under siege to the Christians in 1489.  In 1522, both were rocked and shaken again by a devastating earthquake.  Restorations did not take place until the 19th century.  Then once again, they fell victim to the attacks of the German Navy in 1939.  Today, Alcazaba has been restored once more, and is now home to 100,000 acres of greenhouses producing vegetables that feed much of Europe. 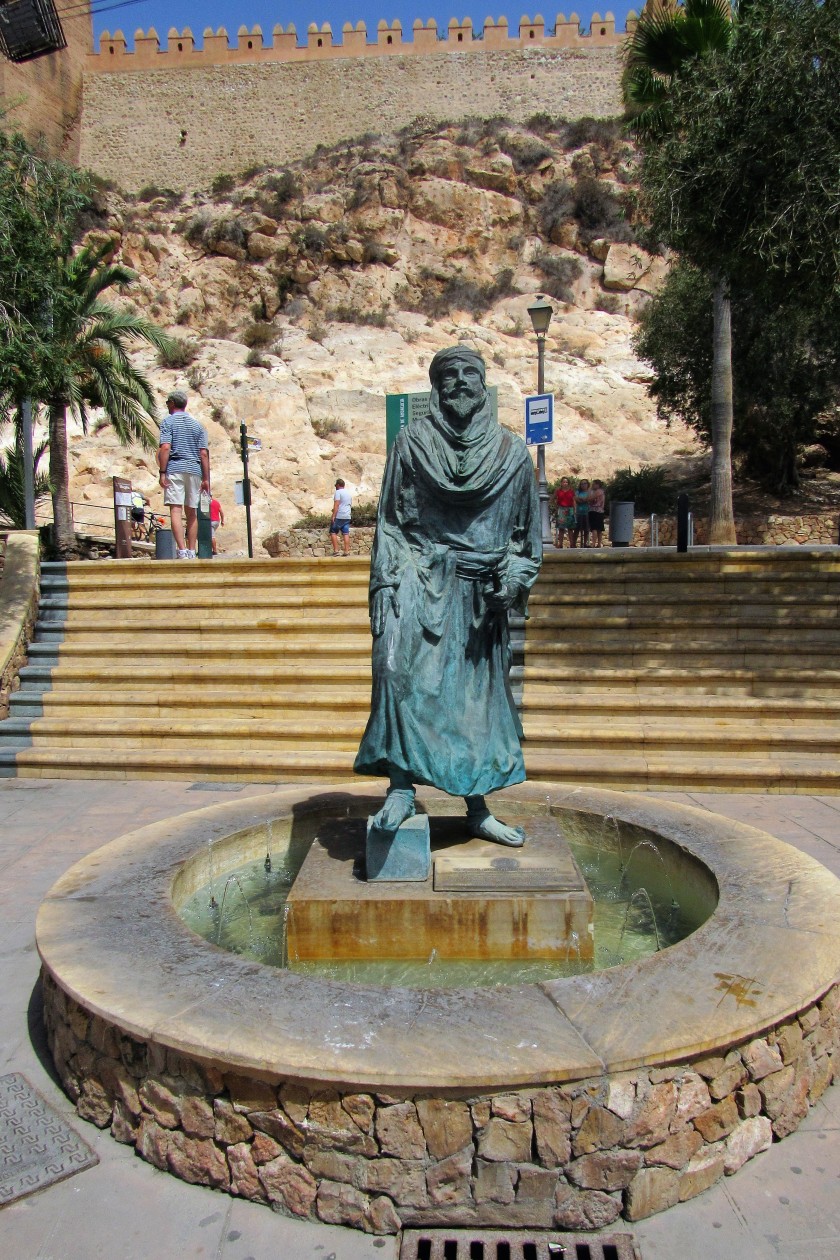 The aquaducts and water systems are amazing.  They all feed into each other.  This impressive water system started from the top of the hill and flowed down to the bottom, where it fed into another system as well.

The commanding view of the sea and the city below.

After leaving Alcazaba, we went back into the city and explored the city of Almeria.  The streets are very, very narrow and hard to drive around in and parking is even worse.  I doubt if there is even 6 meters between the houses and the streets.  Fortunately we found a spot that was safe, however, as we were walking down, we heard a big crash.  Someone turning from one street to the next had crashed into a parked car.  Our little “Petey” was safe and unharmed, thankfully.

This street was one of the wider streets of Almeria.  We have found this is typical all over Spain.

NO driving down this street, that’s for sure.  Since driving and parking are such a giant pain, most people park once, and then walk everywhere.  We did the same.  We have been walking an average of 5-7 miles per day.  The walking itself isn’t so bad, but it is walking in the extreme heat that really gets us.  So far all throughout Spain, the average temperatures have been around 95-100 * F or about 38-40* C.

As I have mentioned before, Spain is a land of many contrasts.  Madrid – Part 2 – Seeing the Sights  Spain is also a very religious country, with Catholic being the most dominant relgion, and Muslim or Islam coming in second.  Almeria, as well as most of Southern Spain, has a very large Muslim population.  There are big Mosques and Basillicas in every city.  Alcazaba was created as a Muslim Caliphate, and is created in the Moorish style.  After visiting Alcazaba, we toured through the big Basillica of Almeria as well.  There is quite a contrast between these two big and powerful religions, which is evident everywhere you go.  Both are very old and both yield a lot of influence over the people and the community.

One of 2 sets of organ pipes.

There were so many beautiful stained glass windows. 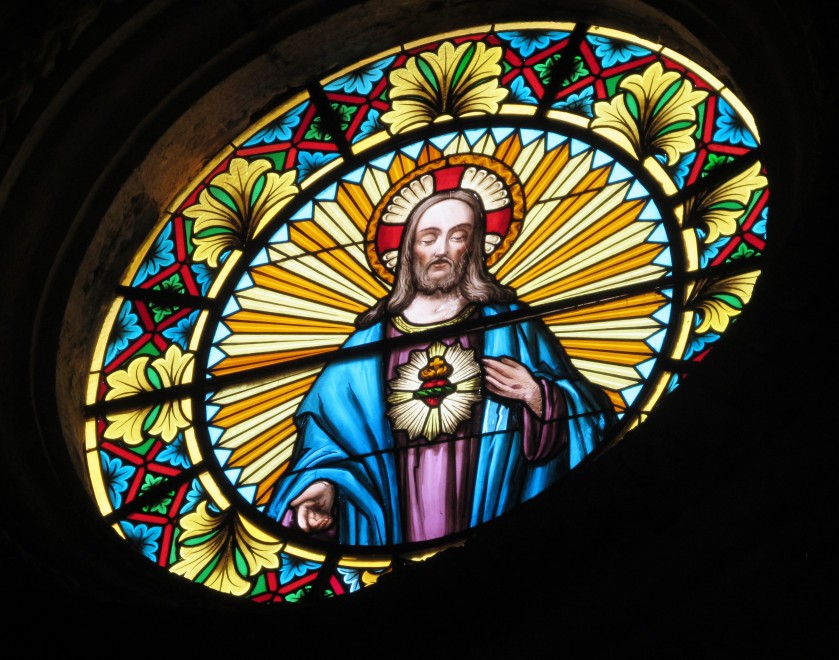 We were blown away by all the beauty AND opulence of the church.  We were also very fascinated by all the Moorish buildings and structures as well.  Just to look at all these buildings from an architectural point of view is amazing.  These very old and very beautiful builings are built so well, and they are just astonishing.  They were most definitely built to last, unlike so many of the modern buildings of today.  It is also mindboggling to see so many beautiful old buildings and structures that have been standing for centuries longer than my country has even been in existence.  We have so many pictures.  I try to post the ones that are most telling of the areas we are visiting.  I hope you all enjoy the ones I am sharing, and that they allow you to get a little taste of Spain and all the adventures we are having.

Our next stop is the Costa del Sol, or the sunshine coast of Southern Spain.  Ciao for now.