Argentina is famous for its beef and for its steak, just like Texas, Kansas and Colorado are in the United States.  Here in the States, we call the people who tend to the cattle either ranchers or cowboys.  In Argentina, the farmers and farm hands are known as gauchos.  The Argentines are big meat eaters and love to grill their meats.  Very rarely do they eat their grilled meats without some kind of a sauce though.  The most popular sauce to use for their grilled meats is a chimichurri sauce, which is traditionally a mixture of fresh parsley, garlic (lots of garlic) olive oil, oregano, salt and red wine vinegar.  This is the green or verde chimichurri.  There is also a red version, known as chimichurri rojo, which is made by adding smoked paprika, crushed red pepper flakes and cumin.  The chimichurri verde is more popular in both Argentina and Uruguay, where the chimichurri rojo is more popular in Brazil.  Both are used in South America similarly as salsa is used in Mexico.  They are used for everything, and are used often.  Chimichurri is thought of as both a salsa and as a marinade.

The word chimichurri itself is a Spanish word, that is thought to originally come from the Basques, who settled in Argentina and Uruguay in the 19th century.  No one knows exactly how the word came about.  One theory is that the native peoples of both Argentina and Uruguay could not say the English names of Jimmy Curry, or something similar.  However, it is more widely accepted that the word chimichurri comes from the Basque word tximitxurri, which loosely translate to mean a mixture of several things in no particular order.

What is the difference between pesto and chimichurri sauce?   Though they are similar, they are cousins, each with their own characteristics.  Pesto originated in Genoa, Italy and the primary ingredient is basil, and Parmigiano cheese and pine nuts are also used.  The chimichurri hails from both Argentina and Uruguay, and the primary ingredient is parsley.  There is no cheese or pine nuts in chimichurri.  Both are delicious, and both are used a lot in our house.

The gauchos would be proud of this meal.  Steak chimichurri verde , with roasted potatoes, asparagus, and my roasted onion and pepper tart. Roasted Pepper and Onion Tart 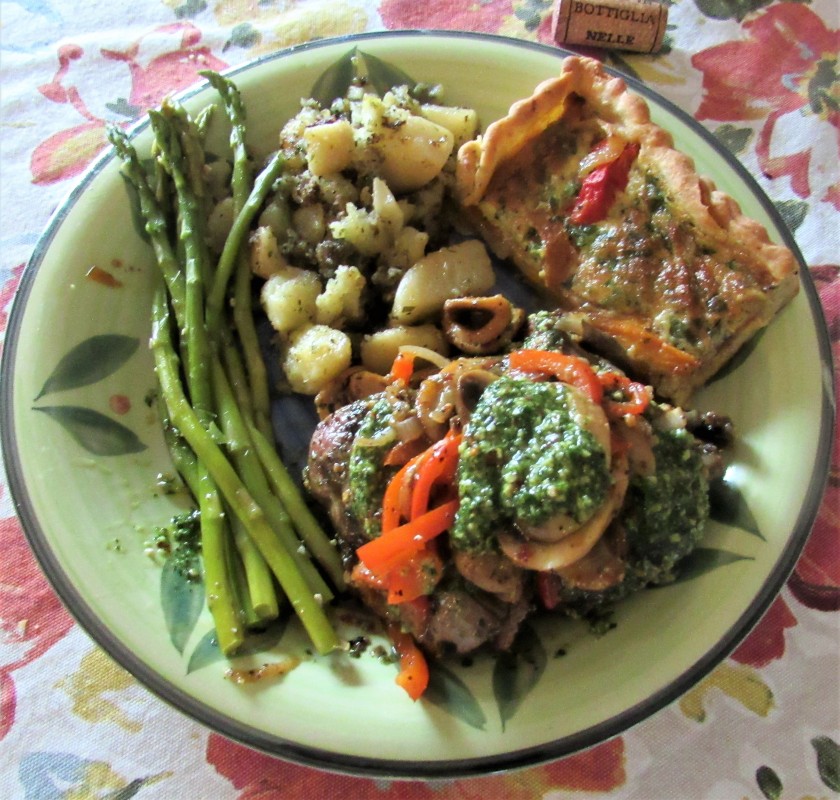 Traditionally, the parsley is chopped in a rough chop by hand, but I put everything into my food processor and blended it that way.  I did not add red wine vinegar this time, however, I did add red pepper flakes.  As most of you already know, I play with things and change them around all the time.

Mix everything together.  The sauce can be used as both a marinade or as a dipping sauce.  I love it both ways.  This time I used it as a marinade for my steaks.

I let the meat marinade for about 40 minutes before grilling it to a delicious medium rare.  After it was done cooking, I added some sauteed mushrooms, garlic and shallots on top, then added more chimichurri sauce.

Had I been thinking properly, I would have served it with an Argentine Malbec, but alas, I was not.  I did, however, serve the meal with a delicious, smooth red blend, that still accompanied the meal very nicely. 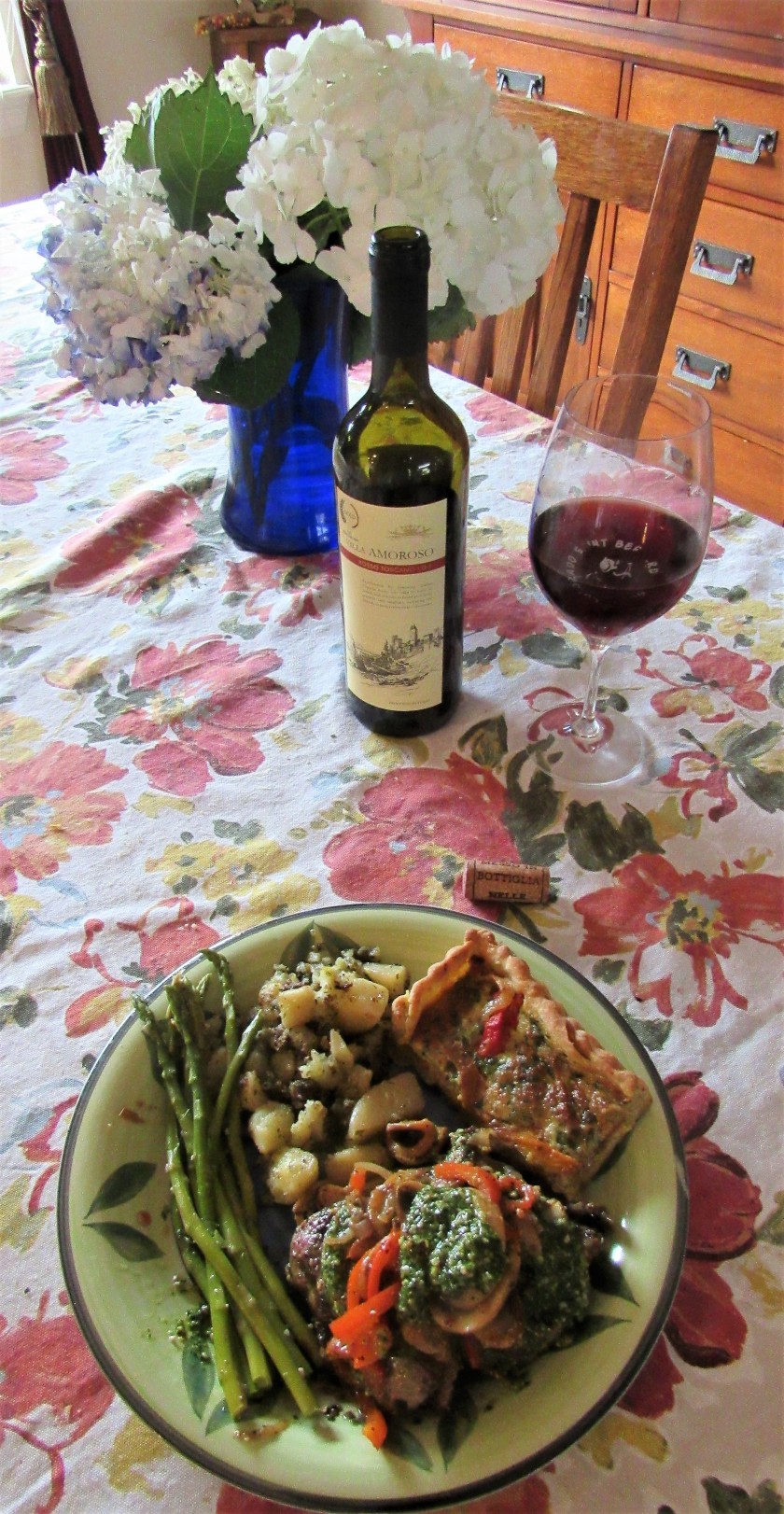