Most of us who live in the United States are very familiar with Cinco de Mayo or the 5th of May.  Usually it is celebrated with friends in grand style, with a fiesta or party.  But this year it is just another day.  No parties, no fiesta, and no celebrations.  Last year, I went all out and made a bunch of traditional Mexican foods that were “non-traditional” foods most Americans eat for Cinco de Mayo.  Los Fiestas para Cinco de Mayo  This year, we were very low-key and I almost forgot it was Cinco de Mayo.  I did end up making something Mexican to honor the day, but it was really kind of accidental.  It certainly wasn’t planned, like usual.

We had some leftover fried cod from when we had fish & chips that I turned into fish burritos.  I meant to make them into fish tacos, but I only had the larger tortillas instead of the smaller ones I use for tacos, so they became burritos instead.  Fish Tacos

I just love it when I can creatively use up my leftovers.  I got to use the rest of my fish and some of my corn and tomato salad and added some cheese, rice, salsa and avocado, as well as a carrot slaw I made.  Fish tacos and burritos are usually pretty healthy to begin with, but because I had so many vegetables, they were even healthier.  Just like with any recipe, make it your own.  Add what you like and mix it up.  Every time I make fish tacos, they are always a little different, mostly because I make them with whatever leftovers I have on hand at the time.

Usually I add a cabbage slaw to my fish tacos, but I did not have any cabbage, and with times being as they are at the moment, I couldn’t just run to the store for cabbage.  I did have carrots though, so this time I made a carrot slaw.  I just made a small amount.

Shred the carrots either in a food processor or by hand with a shredder.  Add the cilantro and mix together well.

Mix all the other ingredients together. 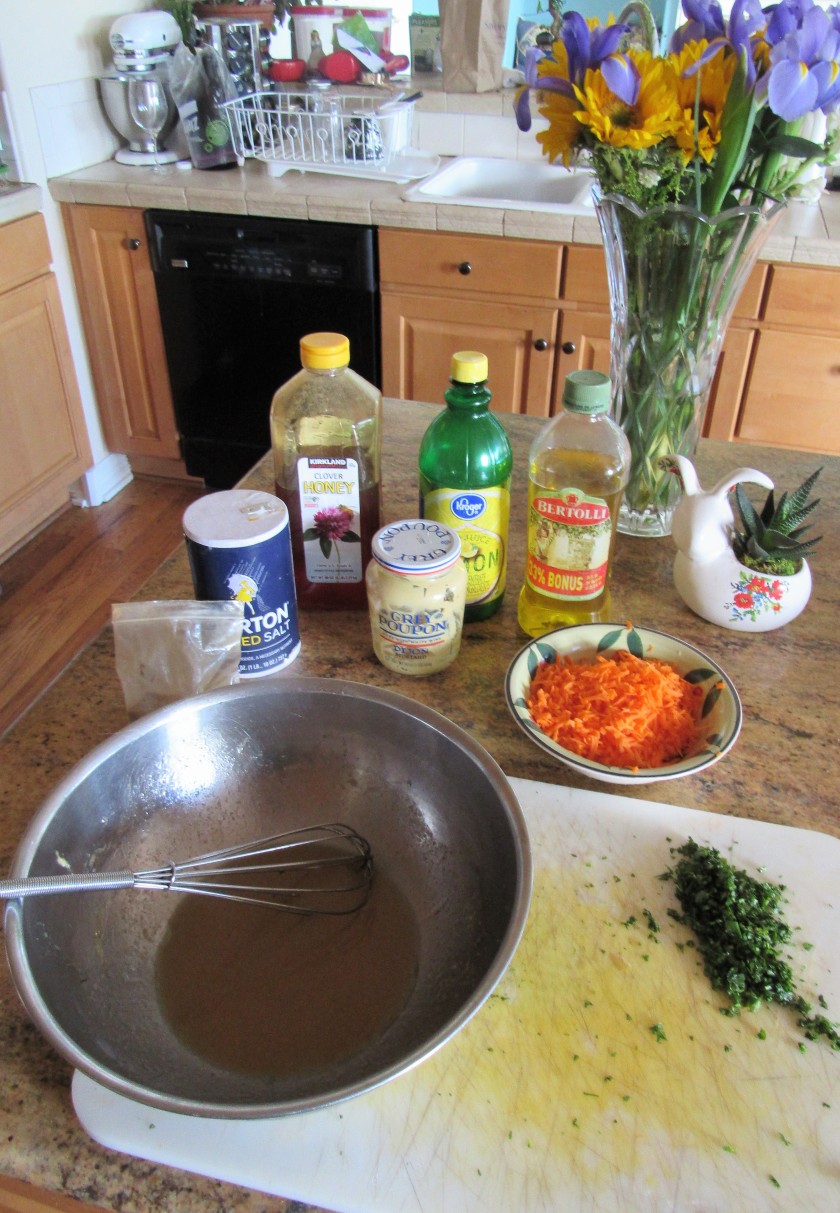 Combine everything together, adding only enough of the oil and lemon juice mixture as needed.  If you have extra, save it for something else.  You do not want to make the carrots mushy by adding to much liquid. 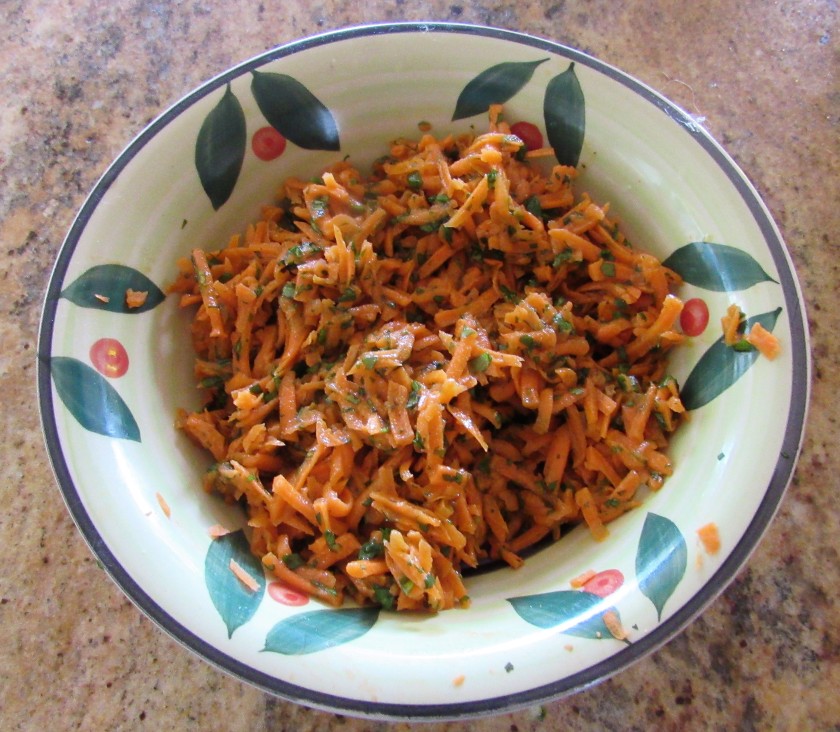 When you have all the ingredients you want to use to make your tacos/burritos, heat your tortillas and start layering them up how you like.  Then roll them up and enjoy.  !Desfruitas! 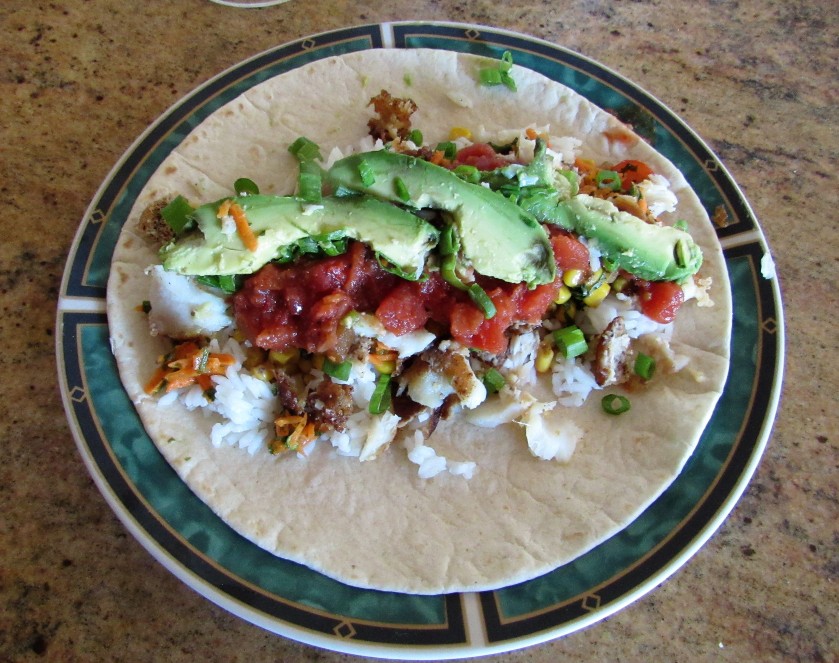 19 thoughts on “No Fiesta for Cinco de Mayo This Year”