With the holidays being here, the champagne will be flowing freely, so I thought it would be fun to give a little history of our favorite festive bubbly. 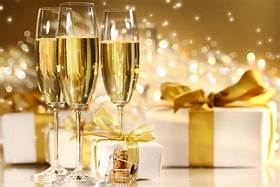 Champagne is a type of sparkling wine, but not all sparkling wines can be champagne.  In order for a wine to be classified as champagne, it has to be produced from the Champagne region of France and has to be made according to the rules of appellation.  The Champagne winemaking community, under the auspices of the Comité Interprofessionnel du vin de Champagne (CIVC), has developed a comprehensive set of rules and regulations for all wine produced in the region to protect its economic interests. They include codification of the most suitable growing places; the most suitable grape types (most Champagne is a blend of up to three grape varieties, though other varieties are allowed); and a lengthy set of requirements specifying most aspects of viticulture. This includes pruning, vineyard yield, the degree of pressing, and the time that wine must remain on its lees before bottling. It can also limit the release of Champagne to market to maintain prices. Only when a wine meets these requirements may it be labelled Champagne. The rules agreed upon by the CIVC are submitted for the final approval of the Institut national de l’origine et de la qualité (formerly the Institut National des Appellations d’Origine, INAO).

The champagne region of France is about 90 miles northeast of Paris.  The conditions are perfect in the Champagne region of France to make our favorite effervescent drink.  It is a cold climate and the soil is rich with limestone.  This combination is exactly what is needed for magically turning regular wines into champagne.   Only certain types of grapes, from specific vineyards can be used to produce champagne as well, using only the specified vineyard practices and methods to produce it, including a secondary fermentation process of the wine in the bottle.  This secondary fermentation process is what causes the carbonation and the bubbles.  Pinot noir, pinot meunier and chardonnay are the primary grapes used to make all champagnes, but there can also be small amounts of pinot blanc, pinot gris, Arbane and Petit Meslier grapes used as well.  No other types of grapes can be used if you want to produce a real, authentic champagne. 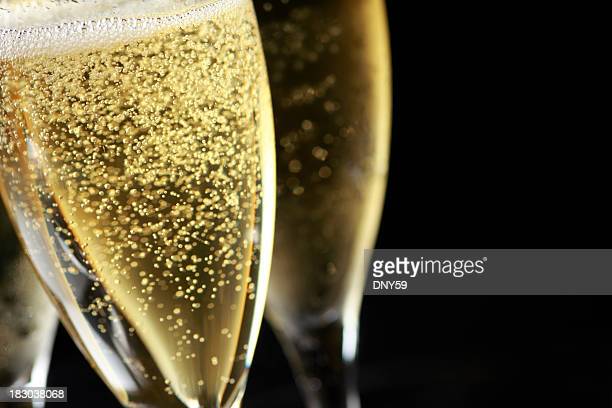 The name Dom Perignon is probably one of the most famous brands of champagne, but Dom Perginon himself did not actually create champagne, although he did make important contributions to the production and quality of both still and sparkling Champagne wines.  Sparkling wines were created by accident when the pressure in the bottles made the bottles explode and blew the corks out.   The oldest recording of a sparkling wine dates back to 1531, and was the Blanquette de Limoux, which was invented by the Benedictine monks from the Abbey of Saint-Hilare, near Carcassonne.  Dom Pierre Perignon was one of these French Benedictine monks. They first made their sparkling wines by bottling the wines before the initial fermentation process had finished.  This method became known as the methode rurale.  One century later, in 1662, the English scientist Christopher Merrit, added sugar to the finished wine, which produced a secondary fermentation.  This secondary fermentation process became known as the methode champenoise.  However, Champagne did not use this methode champenoise to produce champagne until 200 years later.  This new method for producing sparkling wines also created a lot of pressure in the wines and the glass used for the bottles was not able to withstand this additional pressure.  At the time, the French bottle makers and glass makers did not have the technology to produce bottles that were strong enough to withstand the added pressures of these sparkling wines, so the task was given to the English glassmakers who were able to produce bottles that were strong enough to withstand the secondary fermentation process of the wines.  In 1844, Adolphe Jaquesson invented the muselet that prevented the corks from blowing out, and sparkling wines were then intentionally made.  But it was not until the 19th century when all the pieces for champagne making were put together and champagne production saw exponential growth from the initial 300,000 bottles produced per year to over 338.7 million bottles produced in 2007.

In the 17th, 18th and 19th centuries, champagne was the favorite drink of royalty and nobility, most probably because of the limited production and expensive prices.  During the 19th century, champagne makers started selling off name brands of champagne, so it could be sold for less which increased its consumer base.  It was becoming more and more available and affordable and thus more and more popular among the middle class as well as the royalty and noble classes.   Champagne for anyone other than royalty and nobility was associated as a special drink for special occasions, and still is today.  For most people, it is not an everyday wine, but is reserved for days of celebration.

Another legendary use for champagne is when it is smashed over the hull of a ship during its launching.  If the bottle fails to break, it is considered to be bad luck. 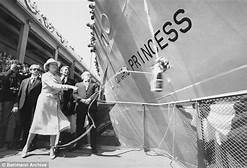 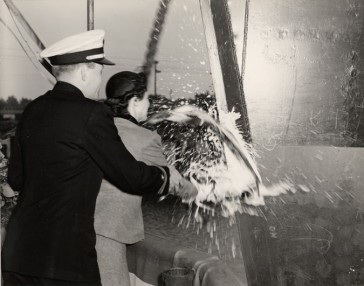 Champagne is usually served in a champagne flute, whose characteristics include a long stem with a tall, narrow bowl, thin sides and an etched bottom. The intended purpose of the shape of the flute is to reduce surface area, therefore preserving carbonation, as well as maximizing nucleation (the visible bubbles and lines of bubbles).   Champagne is always served cold.  Its ideal drinking temperature is between 7 to 9 °C or 45 to 48 °F. Often the bottle is chilled in a bucket of ice and water, half an hour before opening, which also ensures the Champagne is less gassy and can be opened without spillage. Champagne buckets are made specifically for this purpose and often have a larger volume than standard wine-cooling buckets to accommodate the larger bottle, and more water and ice. 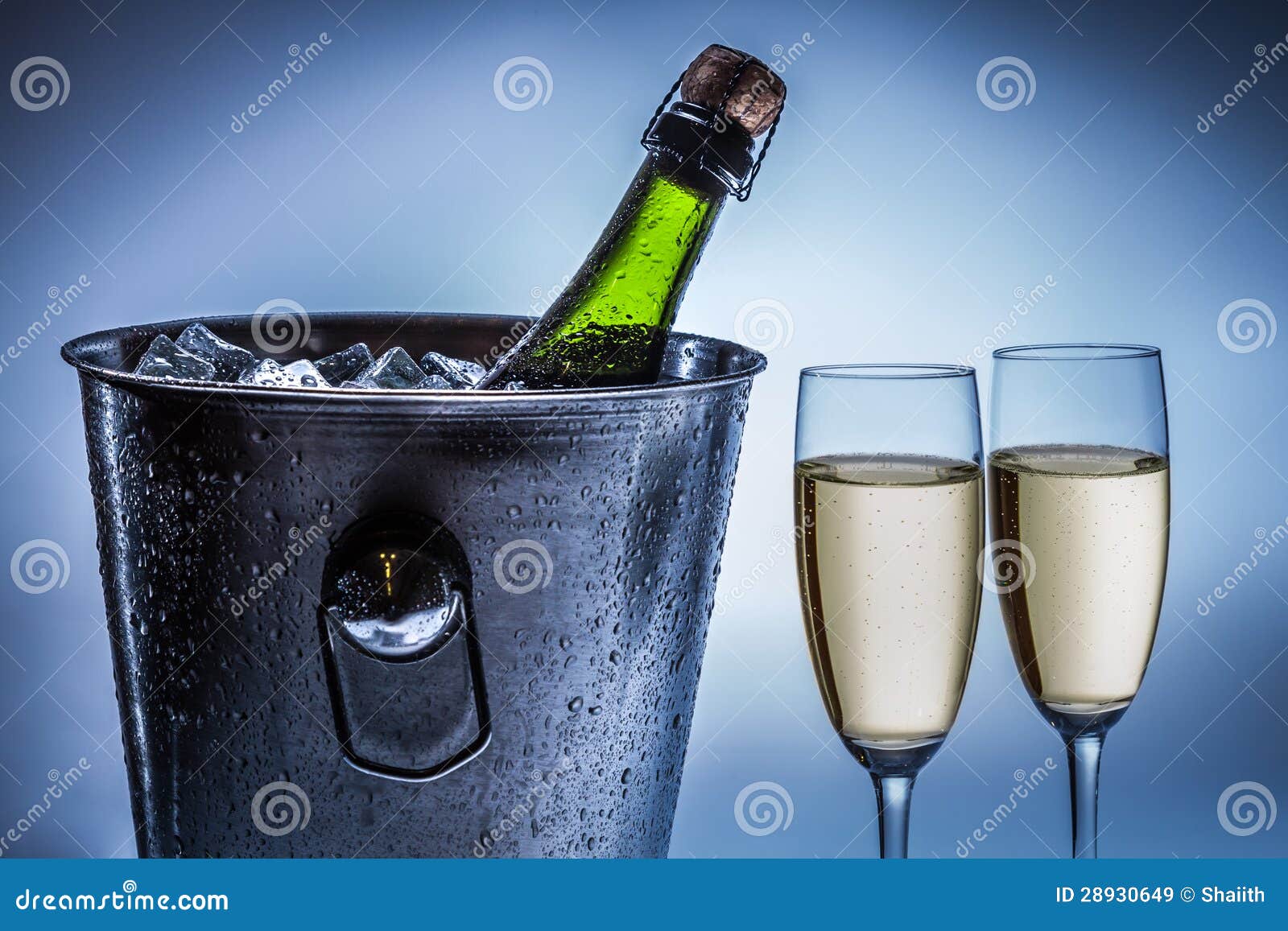 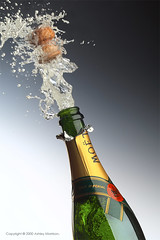 So now you know all about champagne …

Tis the season.  Pop the cork and celebrate.   Cheers Everyone.