Is it from Barcelona Spain or is it from the restaurant Barcelona in the RiNo District of North Denver?  Actually, it is from both.  I made this delicious Castilian stew from my cookbook Barcelona, which is a cookbook of the restaurant’s recipes I bought when we went for my friend Janet’s birthday,  Birthday Celebrations – Part 2 – Barcelona  all of which are originally inspired from Spanish recipes from Barcelona, Spain. It’s all good.  Believe me!  There are so many delicious recipes just waiting for me to make  and try.  My big dilemma, ALWAYS, too many dishes, too little time.  Eventually I will get around to making them all. 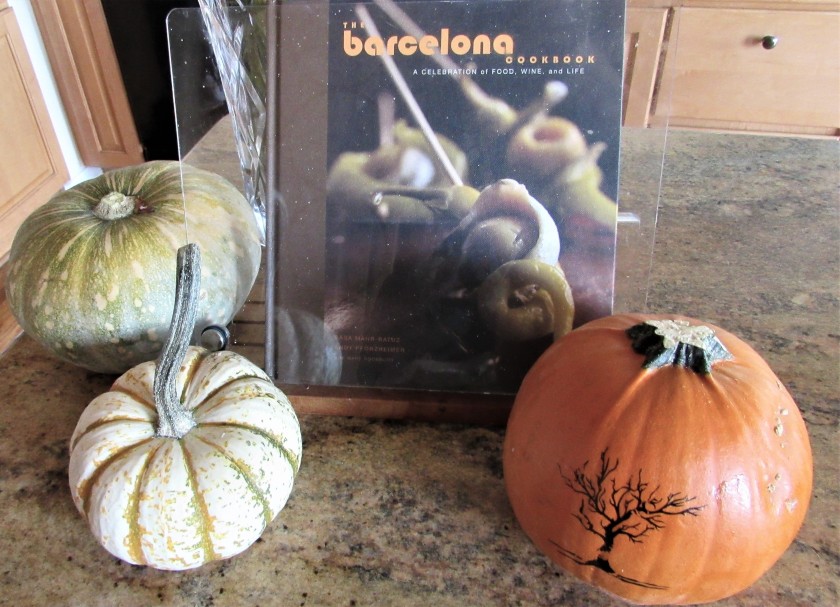 The recipe I made was a “morph” from the original Caldo Gallego.  A Caldo Gallego is a broth which is originally from the northern Spanish region of Galicia.  It is a dish with very humble beginnings, associated with the farmers of Spain.  The recipe is one that varies from season to season, region to region, and household to household.  Since it is a dish of the farmers, it was basically whatever they grew in their own gardens or had as their livestock on their own ranches that was all thrown together into this very tasty, savory stew.  Caldo Gallego is traditionally eaten in the colder months since it is a dish meant to be served very hot.   This particular stew was loaded with pork.  It had bacon, ham and chorizo.  Sorry, this stew is not for vegetarians.  You’ve got to love meat and you’ve got to love pork to really enjoy this dish.

2 cans tomatoes, with their juice

In a large soup pot that is very hot, cook the bacon and the chorizo in the olive oil over a medium high heat for about 10 minutes.  Add the ham, the garlic, peppers, shallots and the potatoes and mix everything together thoroughly.

Add the tomatoes and the chicken broth and the seasonings.  Bring everything to a boil, then reduce the heat to a simmer for about 15 minutes, or until the potatoes are tender.

When the potatoes are tender, add the spinach and mix in with the stew.  Serve the stew immediately with the warm bread and wine. Esta muy delicioso! 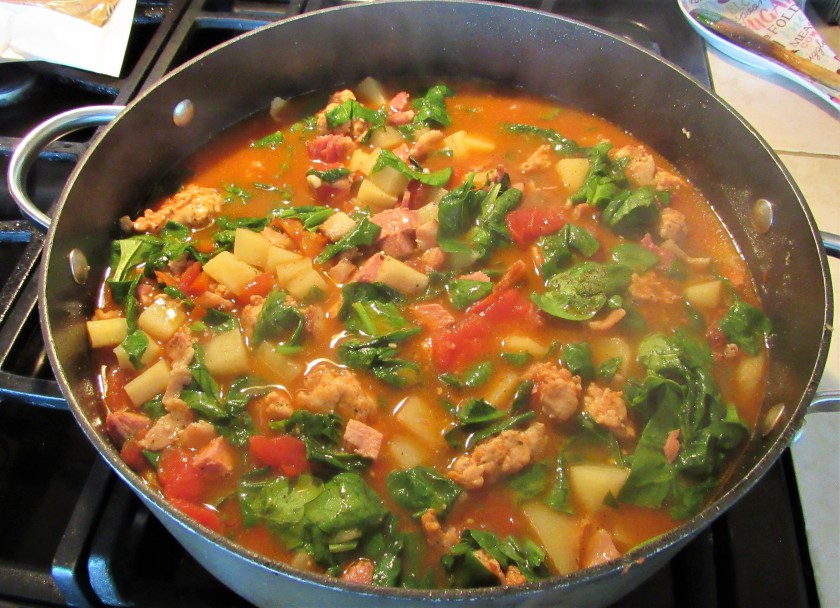 This was yet another simple dinner, with the Castilian stew, warmed olive bread and a bold red blend.  This is a perfect dish for a cold and chilly night.  Ever since we got back from Spain, there have been many more Spanish influences in my cooking.  This was my first recipe out of many more to come from new Barcelona Cookbook. 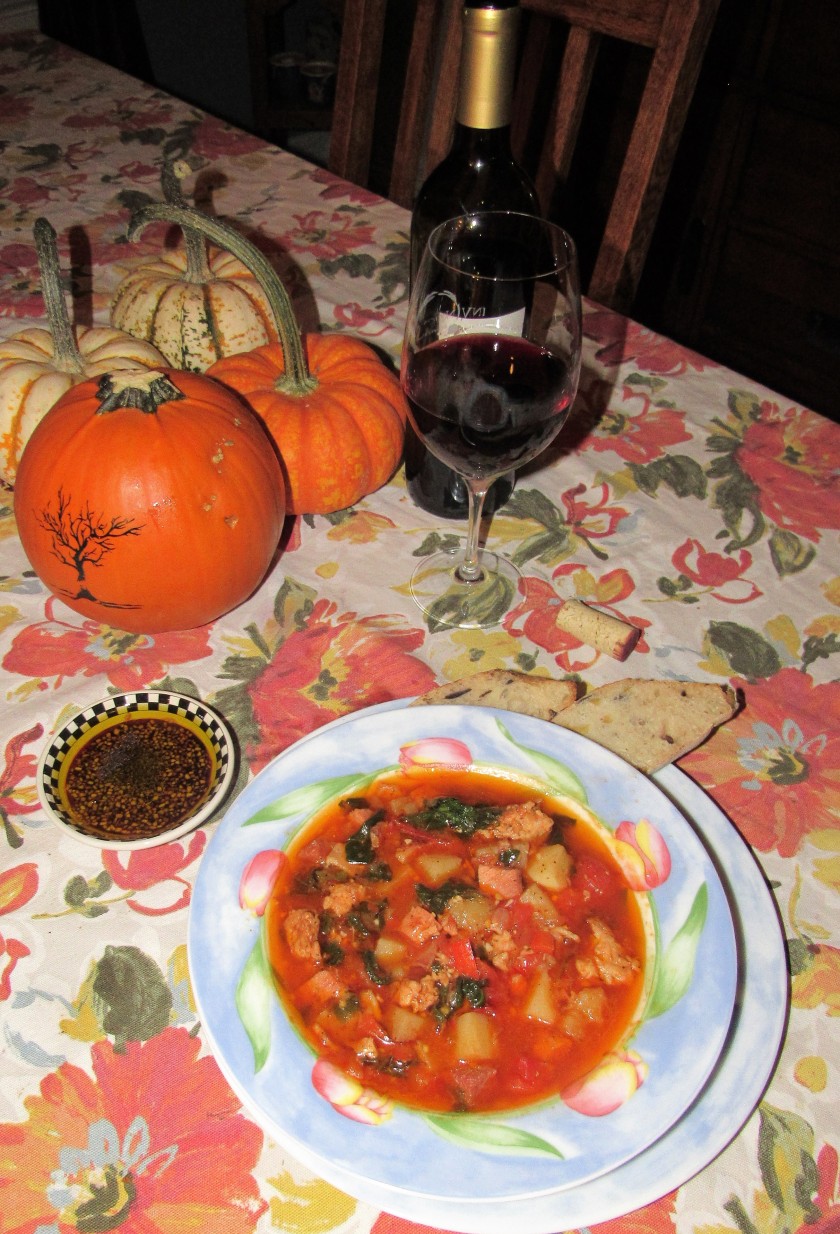 69 thoughts on “A Taste of Barcelona in My Kitchen”