The other day, all that was defrosted and ready to cook were some sausages.  No problem, we love sausages.  Maybe it is my Australian and British heritage or Larry’s German heritage that has given us such a taste and love for sausages.  I made some “bangers and mash” with a side of sauteed vegetables.  It felt like we were dining in the pub in London, only we were here, in the comfort of our own home instead.  Bangers and mash is a traditional British meal that is found in all the pubs all throughout the UK and all her “colonies”.  It is sausages and mashed potatoes which are often topped with a rich gravy as well, or at least it is served on the side.

Sausages were introduced to Great Britain by the ancient Romans, around 400 A.D.  Sausages were not divided into links until around the mid 17th century, when Britain was under the rule of Charles I, from 1625-1649.  Sausages have always been a very popular dish for the British working class people, but at the onset of WWI, meat was in very short supply.  The sausage makers had to compromise and started using fillers and a lot of water in the sausage making process.  The excess of water would make the sausages pop and explode violently when cooked.  They were given the nickname “bangers” and the term just stuck and has been used ever since.  Today, there are over 470 varieties of sausages, or bangers, that can be found all throughout the UK.  The most popular ones are pork sausages mixed with a combination of any of the following of apples, herbs and leeks.

I served my bangers and mash with a sauteed vegetable medley, using more of  …. my big huge zucchini of course.  I still have quite a bit of that zucchini left, which will also be used very creatively as well.  So hold tight.  There is more still yet to come. 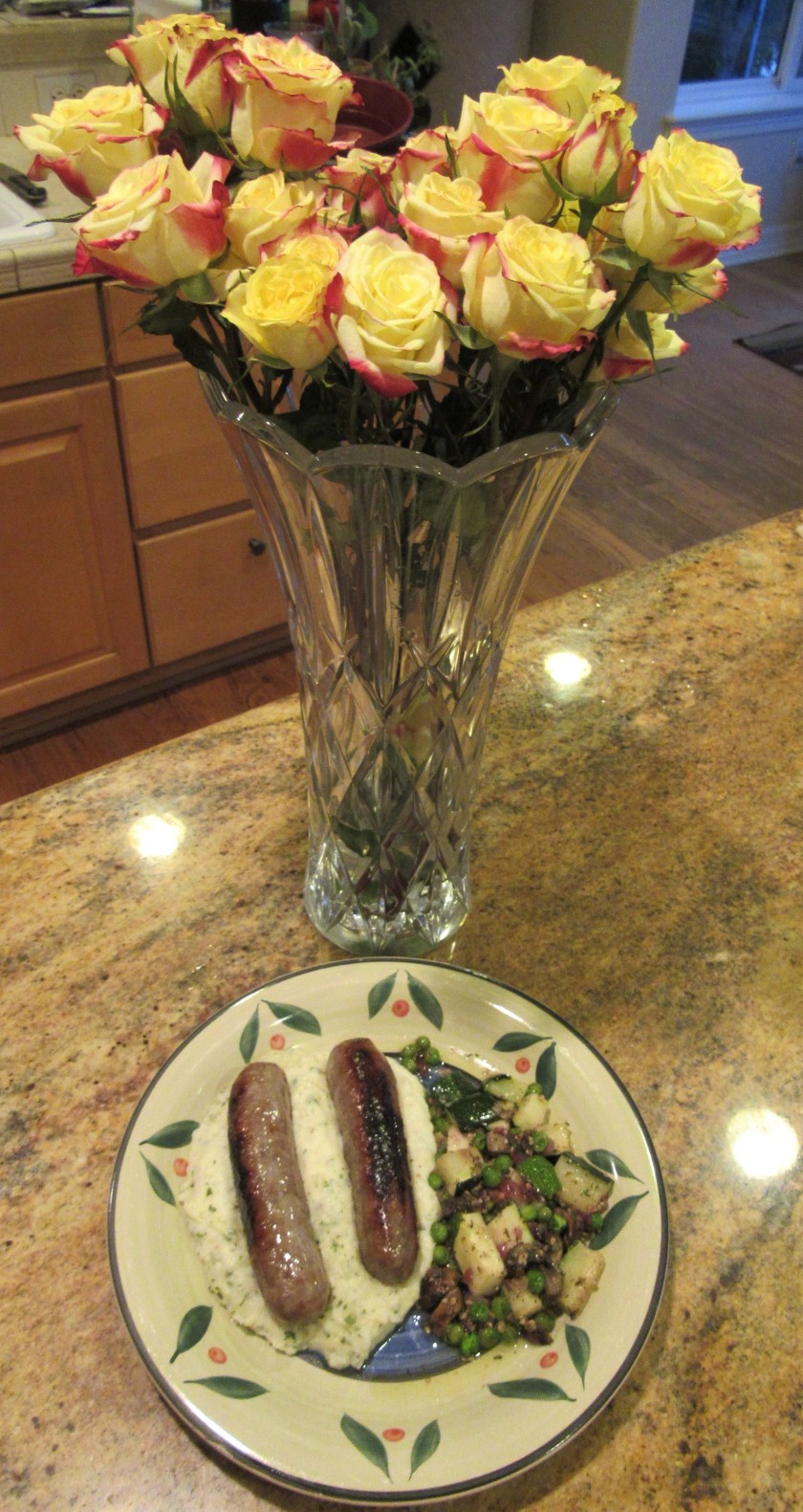 1 tsp each dried oregano and thyme

olive oil and butter for cooking

In a hot skillet, with about 2 TBSP of butter and about 2-3 TBSP of olive oil, add all the vegetables and seasonings together and saute for about 10 minutes, stirring frequently, until the vegetables are tender but firm.  This could not be any easier to make, but don’t be fooled by the simplicity.  It is colorful, healthy and tasty and goes well with just about anything you want to serve it with.

Dinner does not have to be fancy or complicated to be delicious and satisfying.  Sometimes, a simple meal is the best meal, especially if time is of the essence. 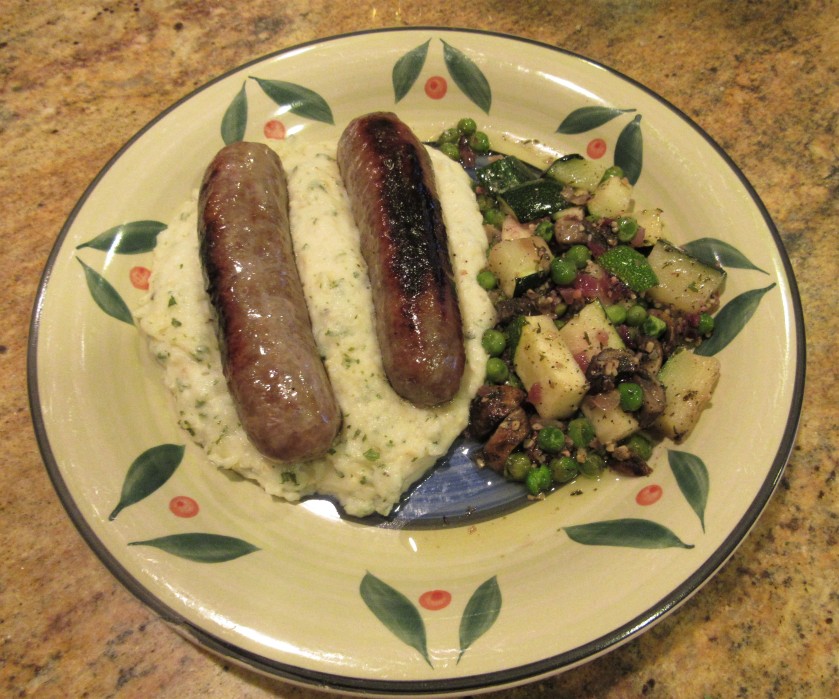 15 thoughts on “Pub Food without the Pub”