Yesterday was supposed to be the first day of “freedom” for Colorado, but for many counties the “get out of jail free card” has still not been issued.  We are still in jail.  We were not released for good behavior yet.  But our jail sentence has been reduced and relaxed a bit.  At the moment, we will not be “fully released” into society until May 10.

We have celebrated virtual happy hours and game night with Janet and Bob, but we have not seen them in person since all this began.  Yesterday, we actual got together for dinner, but it was dinner at a distance.  It was definitely a step in the right direction though.

We all ordered from Rosati’s.  Rosati’s is another family owned and operated local restaurant that serves mostly pizzas and calzones, but they do have some other dishes as well.  They have been in business for 56+ years, though not at their current Broomfield location for that long.  We all are still trying our best to do our part to help small, local businesses out as much as we can.  Janet and Bob ordered a huge calzone, and Larry and I ordered pizza.  Larry and I picked everything up before heading over to their house for dinner. 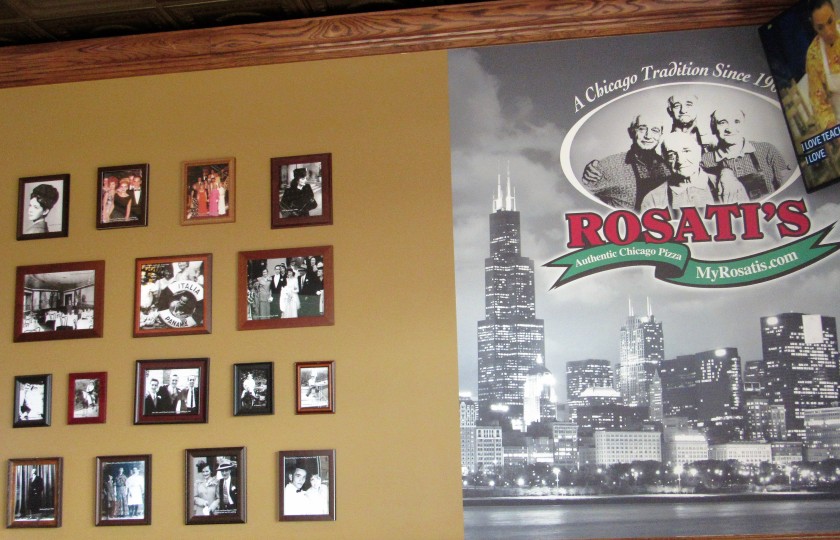 Janet and Bob had everything all set up for a comfortable dinner that still allowed us to visit and catch up with each other yet still stay a safe distance apart.  They had 2 tables set up in their backyard.  They sat at one table and Larry and I sat at the other table. 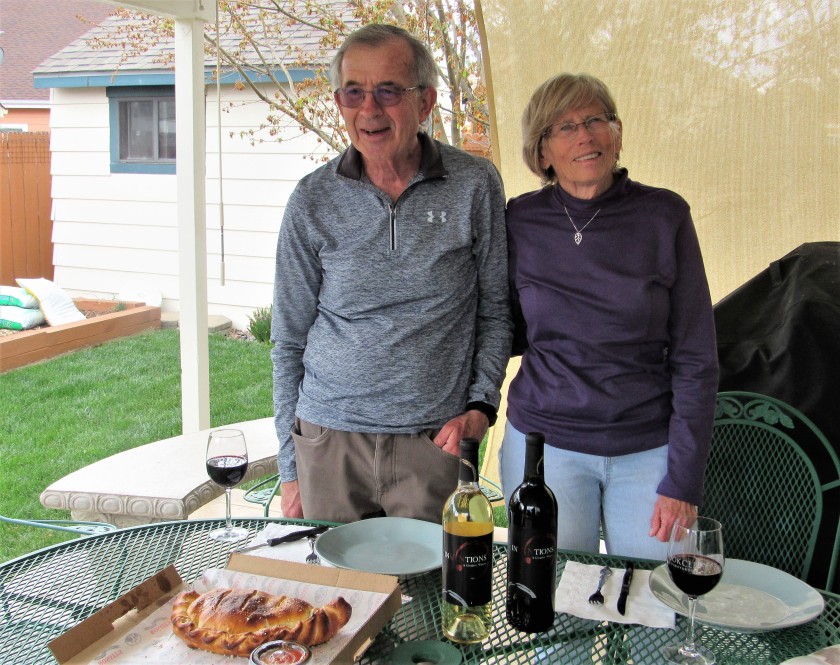 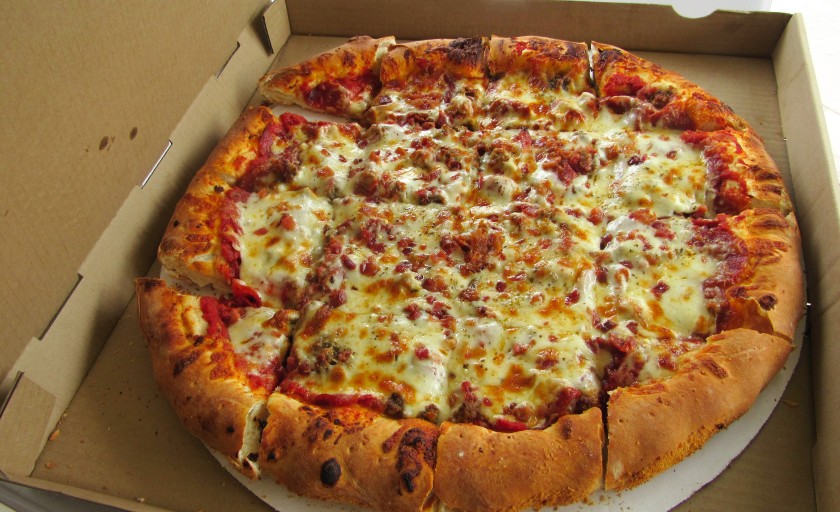 After pizza and cazlones, we made room for Janet’s delicious rum cake topped with strawberries and whipped cream and a “cuppa”. 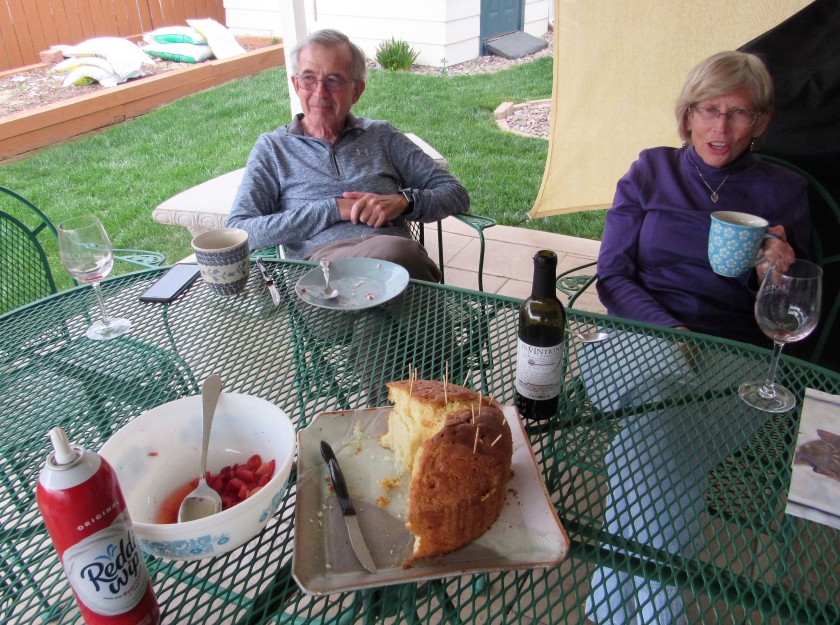 After yet another fun evening and very full tummies, we called it a day.  It was definitely nice to actually be able to get together again.  It feels like it’s been an eternity since we could actually see our friends face-to-face vs. SKYPE.  I think I am beginning to see the light at the end of the tunnel after all.

Rosati’s is a local Broomfield restaurant that specializes in Chicago-style pizza and calzones.  Just like so many other businesses at the moment, they are only open for pick up and delivery until further notice.  You can contact Rosati’s by Facebook, online or by phone.  Their Facebook contact information is Facebook.com/MyRosatis.  To order online, you can reach them at MyRosatis.com/Broomfield.  If you prefer to call them, their number is (720) 547-0200.  Their address is 2055 W. 136th Avenue, Broomfiled, CO

Stay safe and stay well Everyone!  ‘Til next time.

17 thoughts on “Dinner at a Distance”