Meal #2 was a lemony chicken and vegetable pasta.

I started with the chicken breasts, and shredded the meat.  Then I added some heirloom tomatoes, asparagus, mushrooms, garlic, a shallot and a red bell pepper that I sauteed all together.  Once the vegetables were cooked, I added the chicken.

Next came some wine, some chicken broth and lemon juice to make the sauce.  I wanted to keep the fresh lemony flavors from the original chicken dish, and this was the best way to do that.  I adjusted the seasonings as needed too.  As this was all cooking up nicely, I was also cooking some pasta to serve this over.  Any kind will do.  This time I used penne or mostacelli pasta. 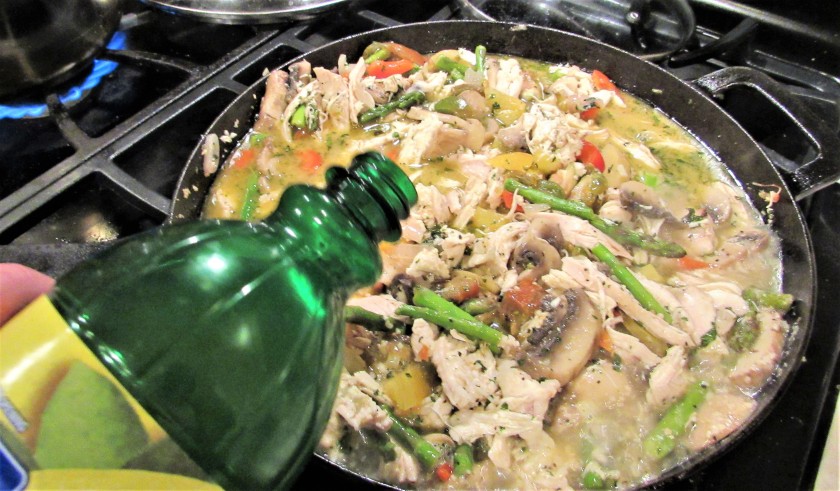 Once the pasta was ready, all that was needed was some garlic cheese bread (Larry’s version, not mine.  Mine is much better.) and some dry white wine.  Voila!  Dinner is served.

But this was not the end.  Oh no!  Larry has always been saying that often times when I use up my leftovers I end up with more than what I started with.  This was certainly true in this case too.  🙂  Yes, we could have it as lemon chicken and vegetable pasta again, but where’s the fun in that?  Once again, I put on my creative thinking cap and came up with yet another delicious meal to make.

I still have some fillo dough, so I made my pot pies with those.  From start to finish, Spray some individual ramekins with cooking spray and preheat the oven to 375-400* F.  Melt about 1/2 stick of butter, or more as needed. 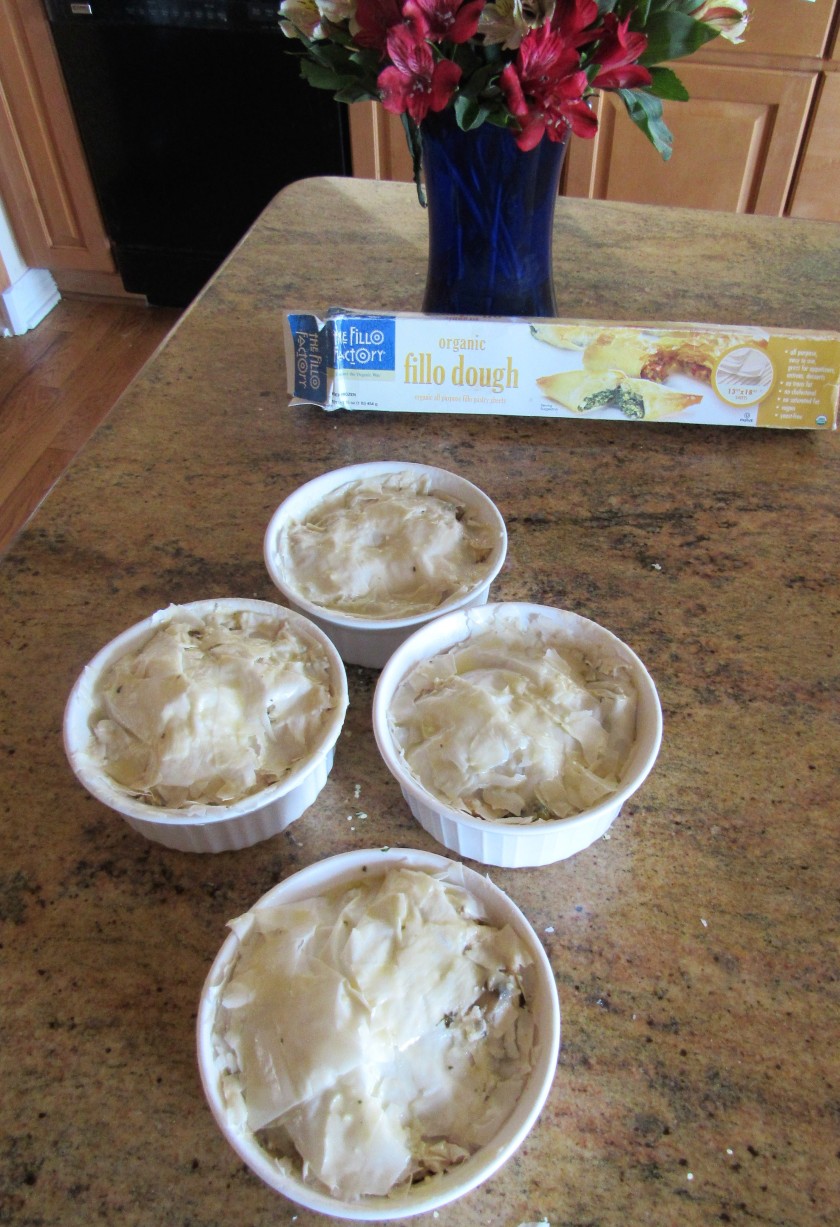 Bake for about 30-40 minutes, or until the crust is golden brown and flaky.  Let it cool for a few minutes.  Right before serving, sprinkle just a dash of powdered sugar on top.  Caution though, it is still going to be VERY hot, so be careful not to burn your mouth.

I first had these (or a similar version) in a Middle Eastern restaurant years ago, and I have loved them ever since.  Oddly enough though, I cannot find the recipe in any of my Middle Eastern Cookbooks.  I heard the actual name for them once, but have long since forgotten it.  Who needs a name though?  Luckily I can still remember them and how delicious they tasted.  The slightly sweet from the lemon and honey in the chicken matches perfectly with the flaky crust and the slightly sweet from the powdered sugar on top. 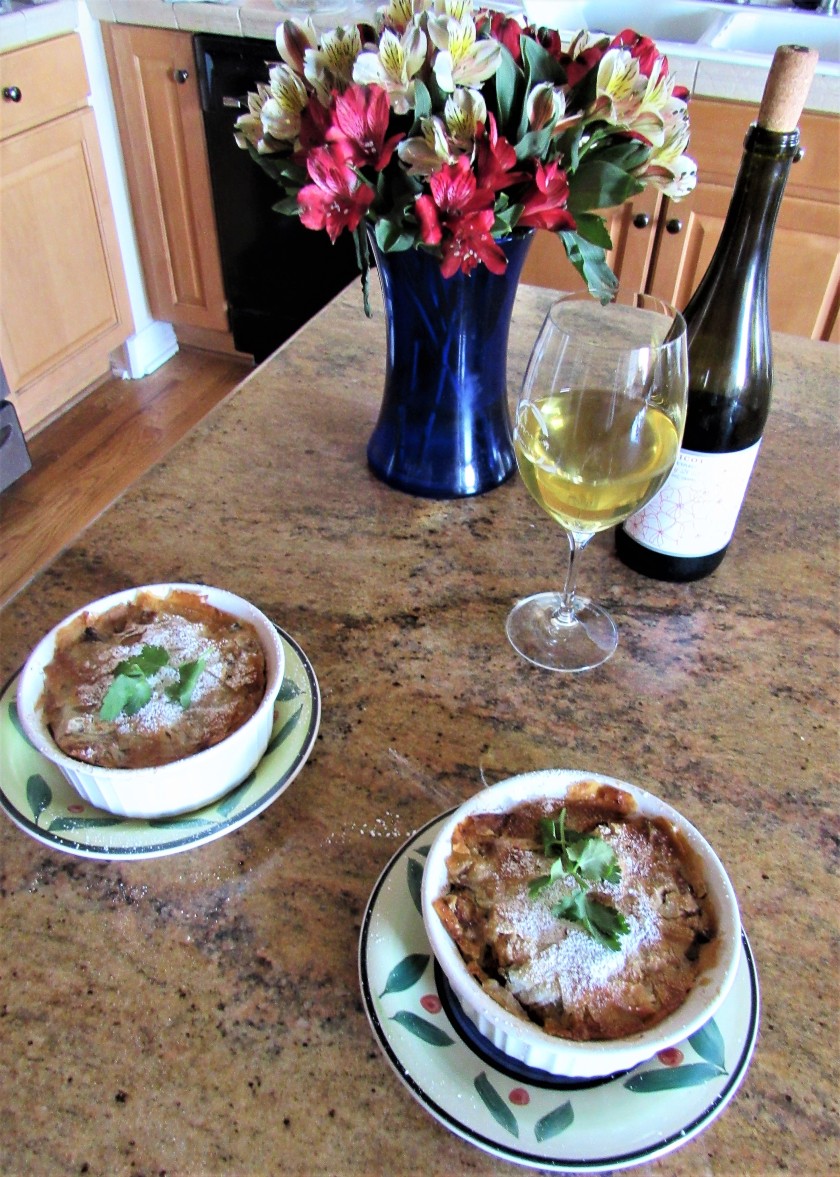 These are just some simple, delicious ways to recreate those leftovers and no one will ever know they were from leftovers at all.