Larry’s birthday was yesterday.  He has made it for yet another turn around the sun.  Larry decided to be the giver rather than the receiver on his special day, so he got up early and made breakfast burritos for his co-workers.  They were all a little surprised that he made them breakfast on his birthday, but they all helped “celebrate” his day and ate the burritos.  They were very good.  he did a great job on them.

First, Larry scrambled the eggs, then he fried the bacon. 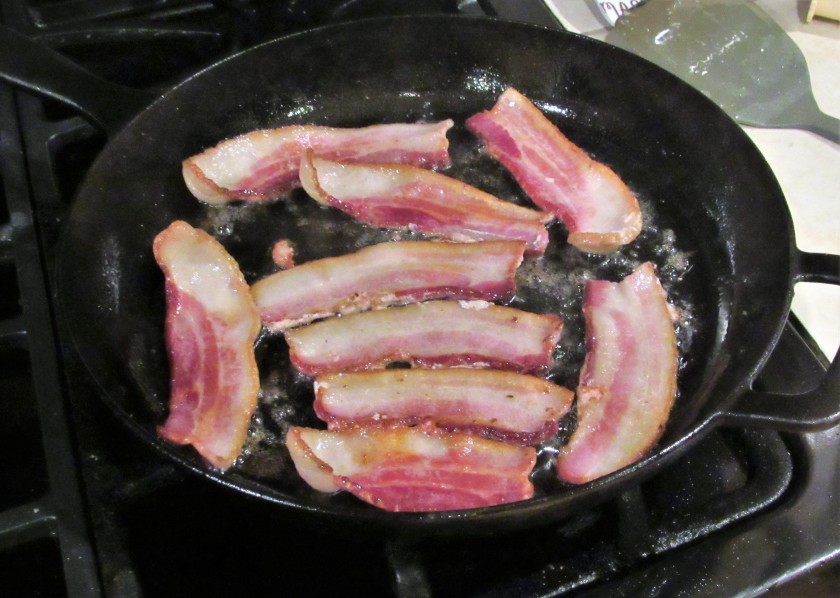 Once the bacon was ready, he fried up some hash browns and cooked the chorizo.

After everything was cooked it was time to start the burrito assembly line.  Larry lined the island with aluminum foil and placed a tortilla on each piece of foil.  He then started layering all the ingredients, then wrapped the burritos up and then rolled them all individually in the foil.  Some of the burritos had bacon and some had chorizo, but they all had scrambled eggs, hash browns, green chili (left over green chili I made a while ago) and cheddar cheese. 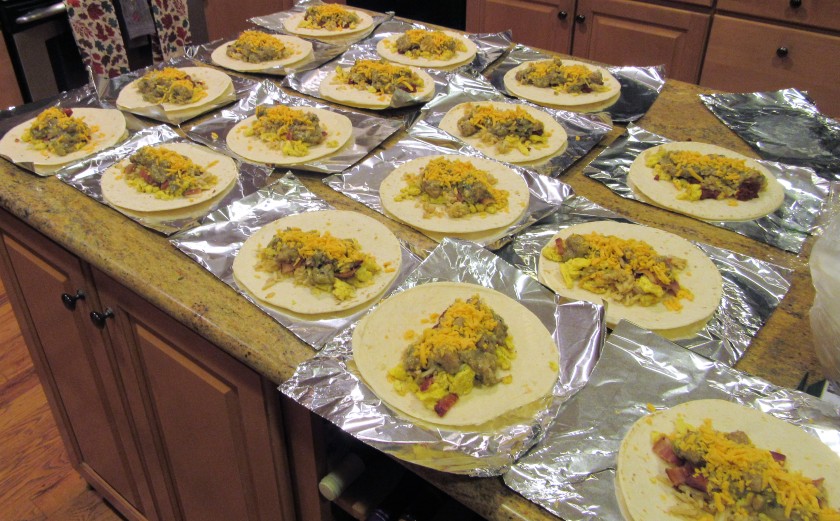 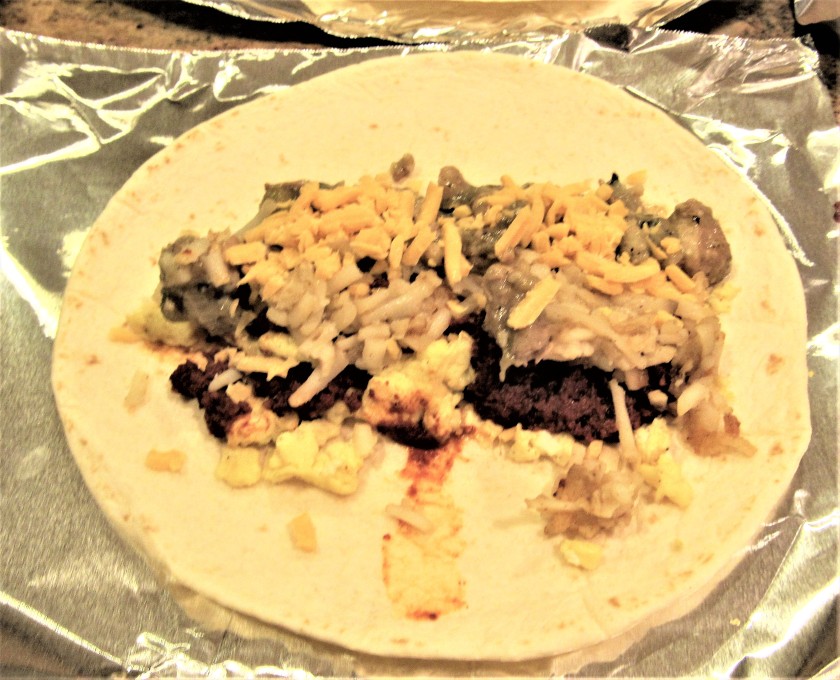