Larry’s work had a chili cook-off, like they do every Halloween.  Normally, I make the chili, but since I have been on the IR list (injured reserved list for all the non-sports people), and could not do it, Larry made his own chili this time.  He did a good job on it too.  For the most part, he did it all by himself, with only minimal help from me as a coach. He said there were about 25 different chili entries, but at the end of the day, his was all gone.  To me that says people liked it and it went over well.  He did not win though, but he put up a valiant effort.

He started off by searing a brisket, and then like the mad scientist, he just started throwing in all kinds of chili goodness into the crockpot.  I believe this was the last brisket we had from our partial cow we purchased from Larry’s sister.

Once the brisket was seared all around, Larry put it in a brine over night, then he cut it in small pieces for the chili.  I do not know what his secret brining recipe was.

This chili had both red and black beans, canned and fresh tomatoes and onions, and peppers of all kinds and colors.  It was definitely a loaded chili, although even Larry said he should have spiced it up more.  Chili, after all, is supposed to be bold and make a bold statement. 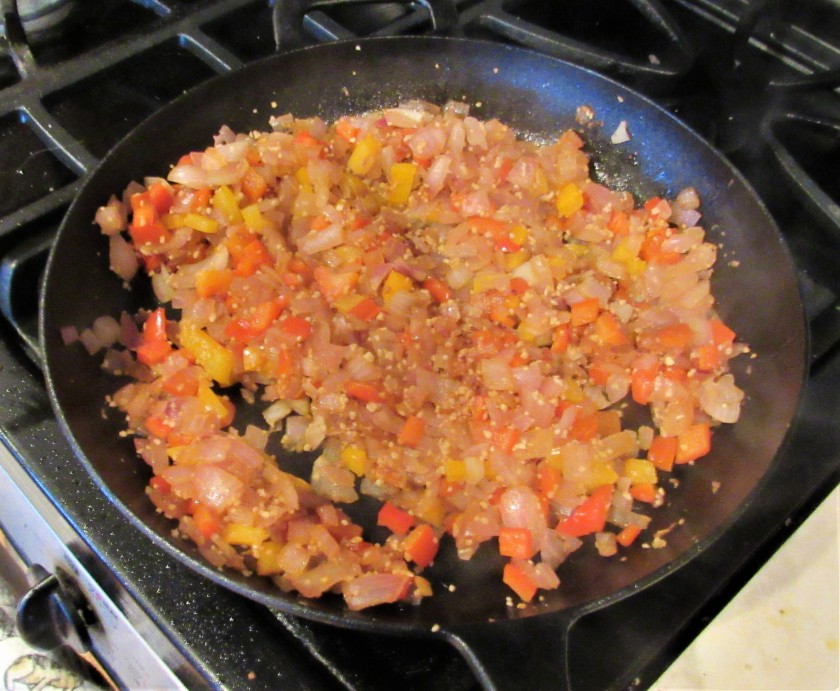 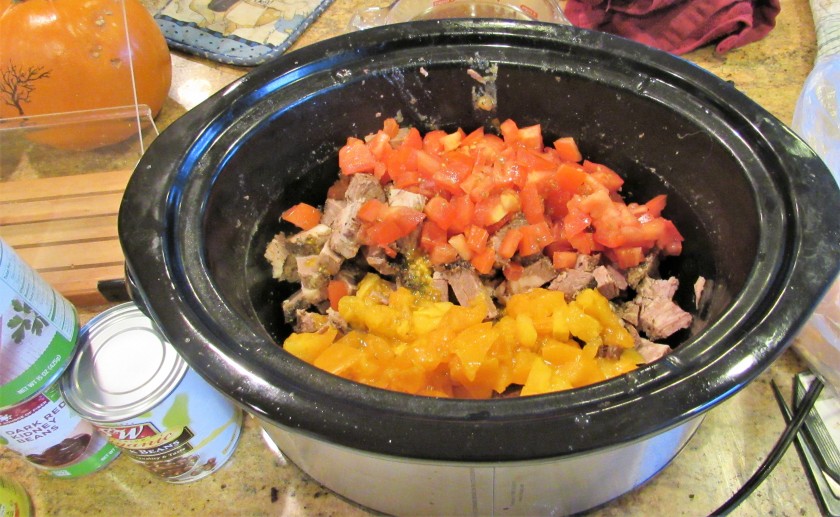 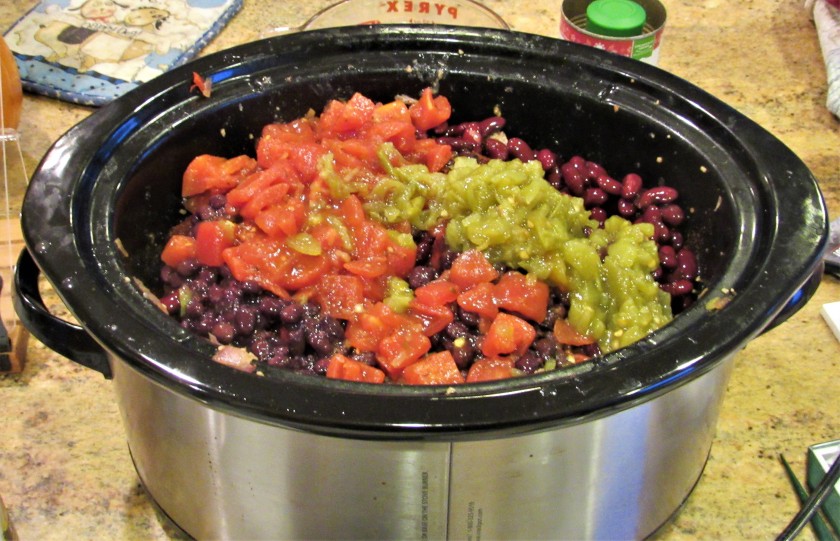 3 lbs brisket, seared and brined overnight, then cut into cubes

1 can crushed or stewed tomatoes

1 can black beans, drained and rinsed

Saute the onions and peppers with the sugar until the onions are translucent and they start to caramelize.  Then add the garlic and continue to cook for about 3 minutes.

Add everything to the crockpot and mix thoroughly.  Set to cook at low for about 8 hours or over night.  When you wake up, you have chili.  Serve it with all your favorite chili condiments.

28 thoughts on “Larry Makes the Chili”