I would love to say I learned how to cook from my mom, but that just ain’t so.  My mother and her mother were both horrible cooks who burned everything.  My grandmother used to make some kind of fish cakes that weren’t to bad, but as I little girl, the only name I knew them by was “those burned things”.  I still have absolutely no idea what she actually made.  My mother must have inherited her lack of culinary skills from her mother, because she was just as bad, although I do have to give her credit for making really good fried chicken.   So you ask, where DID I learn how to cook.  I first learned by watching one of my aunts and my “second mother” who was always baking something.  The funny thing is that I don’t really have any recollections of them actually showing me how to cook, or giving me any specific instructions.  They probably didn’t even think I was paying that much attention, since I was just a little girl at the time.   But I guess I learned more than what we all thought.  My Aunt Gloria never measured anything.  She just threw a little of this into a little of that and mixed things together to create something delicious and wonderful.  And that’s how I learned to cook as well.  When I first started creating my own recipes and tweaking things, the hardest part was always giving actual proportions of my ingredients.  Today, because I have been doing it for so long, it’s no longer an issue.  Recipes for me, have always been just a suggestion.  I use them more for ideas that I do for actually following them. 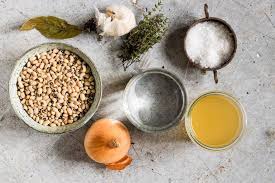 This is so NOT me.  I just throw everything in together and do what I do.  Although I have to say, because I have been cooking my whole life, I can eyeball amounts fairly accurately.  But I really just go by feel and by taste. Mrs. Nash, my “second mom”,  only measured things when she was baking, which she did everyday.  Everyday, the house smelled so good because she always made us cookies as snacks for when we came home from school.  She is probably the reason why I love cookies so much.  It doesn’t even matter what kind of cookies are baking.  I just love cookies of all kinds.  I can eat them one after another and think nothing of it. 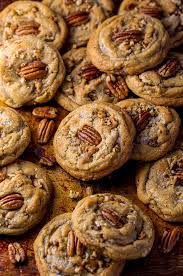 I took a few cooking lessons in school and the local Girls’ Club, which were great.  And from there, I just started cooking anything and everything, all the time.  Cooking and baking were always, and still are, my stress relievers.  Some people get very anxious when it comes to cooking, whereas I am the opposite.  Even when I am making a complicated dish or recipe, to me, cooking is relaxing and obviously, very enjoyable.  I started cooking the family meals on a daily basis when I was around 9 years old, and have been doing so ever since.  By the time I went to culinary school, I had already been cooking for many, many years, and was already quite an accomplished cook.  Culinary school just refined my raw talents.

This was about the age I was when I first started cooking.  I went from this …. 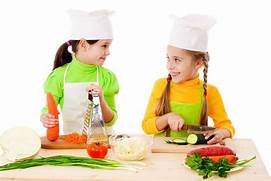 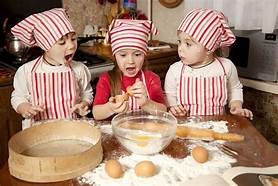 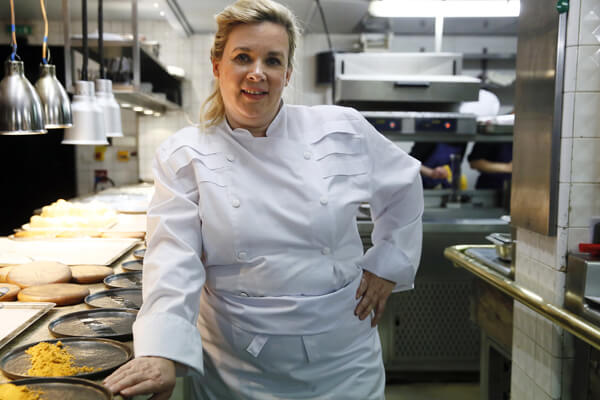 And back to this.  I have done it all.  It has been quite a journey, and believe me, I’m nowhere done yet.  I am still having way too much fun in the kitchen.  I hope you are too.

37 thoughts on “Recipes Are Just Suggestions”