I get my ideas and my inspiration from numerous sources all the time. Some of those sources are from other foodies, like a lot of you.  I got this idea from fellow food blogger and friend, Gail, from snapshotsincursive.  Gail has many fantastic ideas and she always presents them so beautifully too.  Gail had posted her recipe for her nutmeg and cinnamon popovers and the recipe just spoke to me.  I knew I had to make them right away.

I love popovers of all kinds, and we both love foods with cinnamon and nutmeg too.  I make popovers all the time.  For this recipe, I followed Gail’s recipe to the tee (mostly), which is very unusual for me, but my popovers, though still very tasty, did not turn out as pretty as Gail’s did.  The first thing Larry said when I took them out of the oven and finished them was “they don’t look like they do in the picture”.  Thanks Larry.  Really.  They did at first, but then they sank a bit, which tends to happen with a lot of delicate rising breads and pate a chouxs here in Colorado, at higher altitudes.   I should have listened to my instincts, but instead I chose to follow the recipe.  So, for those of you who live in higher altitudes like me, the things to remember are to use slightly more flour, a little less sugar, turn the oven temperature up a bit more and cook a little longer.  I simply did not follow my own rules of advice here.  I guess I was just to excited about following Gail’s recipe to think properly.  🙂  “These things, they do happen”, to quote Carlotta from Phantom of the Opera.

Once we got past the fact that my popovers were not as pretty as Gail’s, we had to give them a test try.  As expected, they were light and fluffy and delicious, despite the fact that they sank a bit after taking them out of the oven.  We enjoyed them for breakfast, just out of the oven, before I had to run off to work.  Then we enjoyed them in a slightly different way later, for dessert.

Again, this recipe only calls for a few simple, everyday items that most of us have on hand at any time.

2 cups cream, I used heavy cream, but you can also make it a little lighter, by mixing 1 cup of heavy cream with 1 cup of milk

Then pour the batter into the prepared muffin pan, filling each cup only about 2/3 full.

If you live in lower altitude areas, bake the popovers for about 30 minutes, and if you live in higher altitudes, bake them for about 40 minutes or until they are golden brown.  DO NOT open the oven door while there are baking.  This will also make them sink and deflate.  Once they are done, remove them from the oven and let them cool for about 2 minutes, then top them with the butter, cinnamon and nutmeg topping.  The tops were still a little bland here, but the bottoms were golden to perfection. 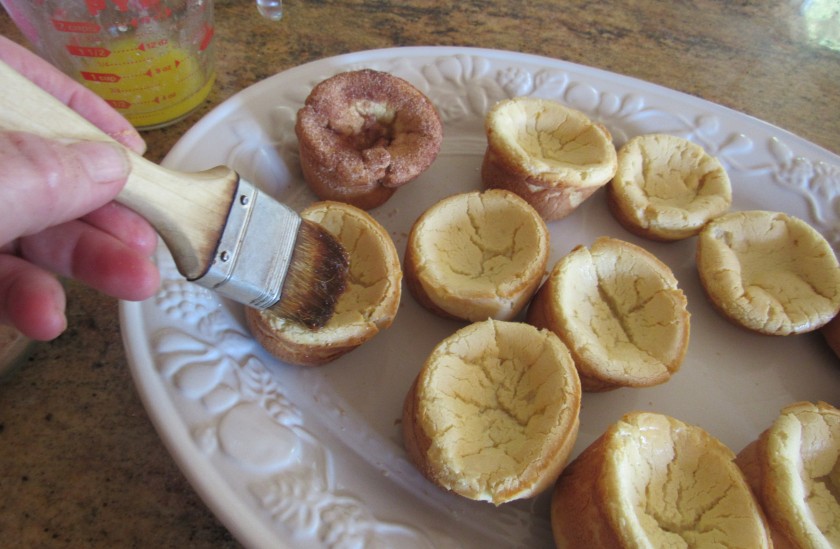 These wonderful popovers are delicious as is or …..

You can heat them up a bit and serve them with ice cream and a little extra cinnamon nutmeg topping later.  Either way, they just melt in your mouth. 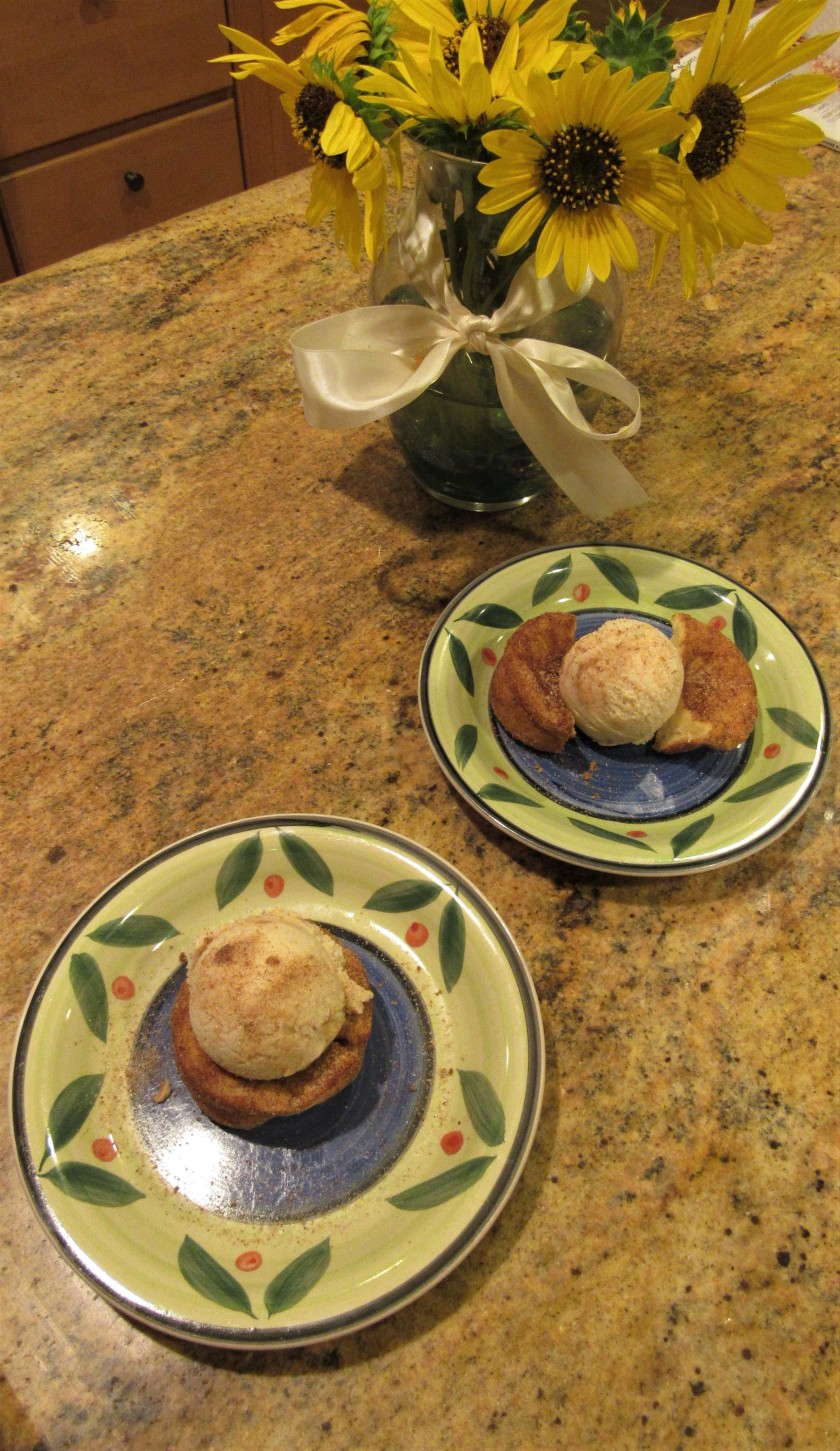 Please stop by snapshotsincursive too and see Gail’s beautiful cinnamon-nutmeg popovers too.  Thanks Gail for this fabulous recipe, even if mine “did not look like yours”.

76 thoughts on “Are They for Breakfast or Dessert?”