Who hasn’t heard of the Rock of Gibraltar?  It is a long-standing symbol of impenetrable strength and security.  The rock is a sold piece of limestone rock that rises 426 meters above the sea.  Gibraltar is a British overseas territory that is on the southern most tip of the Iberian Peninsula.  It has been a British territory since 1713.  The residents were given an option of either returning to Spain or being co-governed by both Spain and Britain, but the residents overwhelming voted to remain completely under British rule.  You need to bring your passport to enter and leave “The Rock” and it is border controlled. 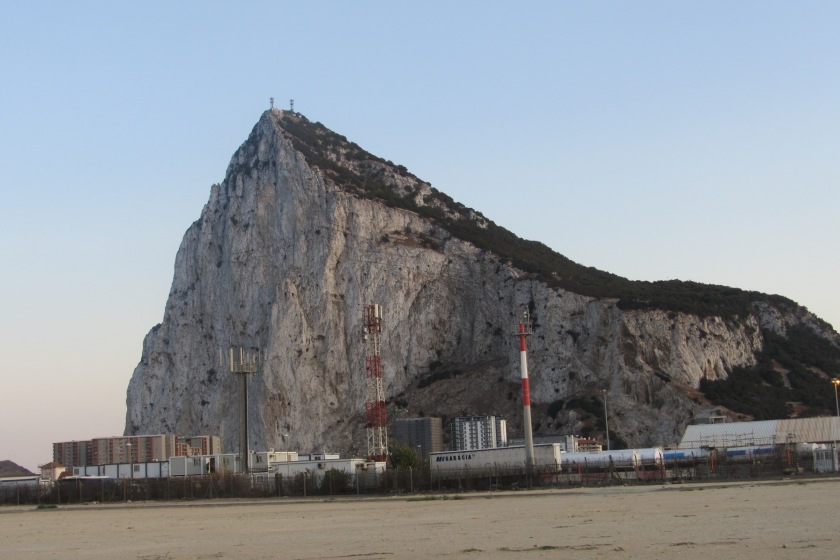 Gibraltar, as well as its neighbor across the sea Ceuta, are known as the Pillars of Hercules.  Both are the gates to the Mediterranean, separating Europe and Africa.  They became known as the Pillars of Hercules back in the days of the ancient Mediterranean.  Legend has it Hercules broke the mountain that connected Africa and Europe, and the mountain is now on both sides of the sea.  This was also thought to be the western limits of navigation for the ancient Mediterranean world.  The narrow passage way between the two continents is known to sailors around the world as the Straits of Gibraltar.

Looking out to Africa. 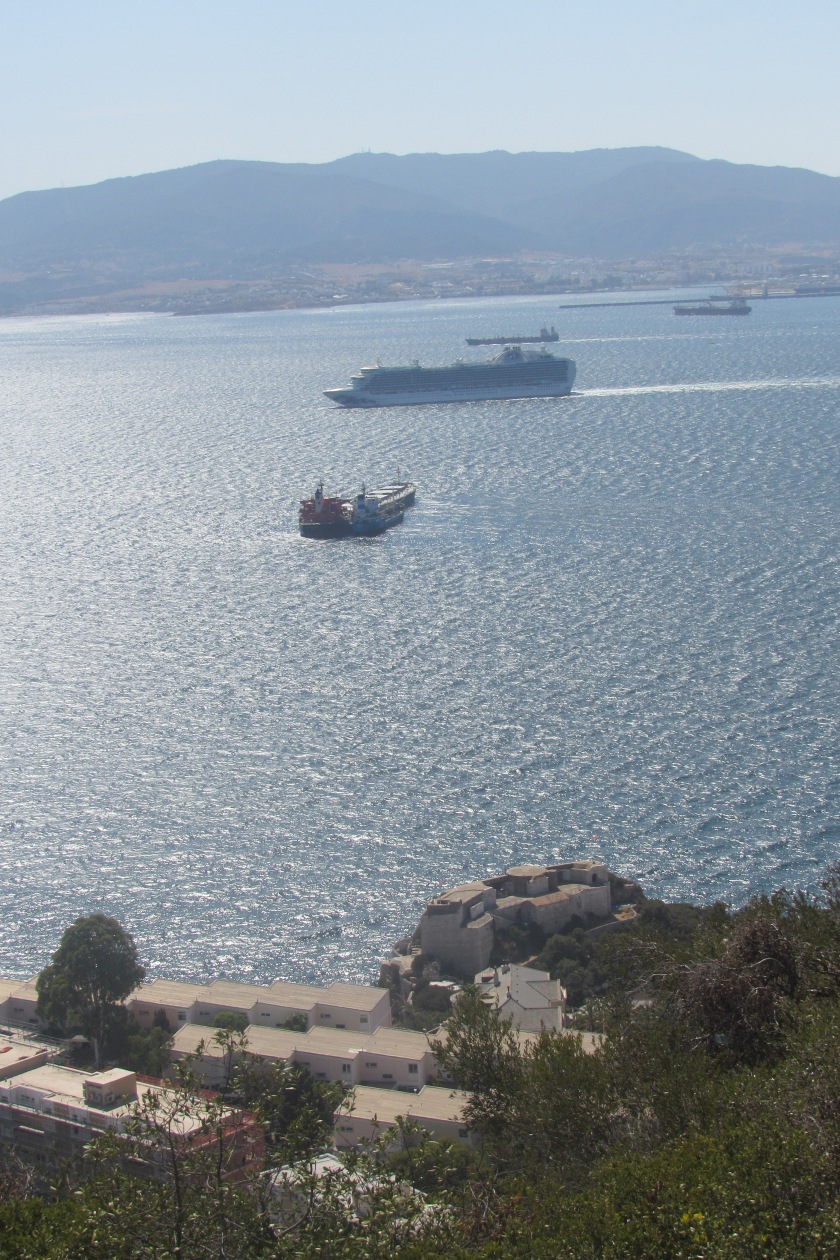 Today, there are about 27,000 residents who call Gibraltar home.  The main industries there are shipping and trade, housing the military and tourism.  Everything is imported in since there is no land for agriculture.  The native people who live in Gibraltar are a mixture of British, Genoese, Spanish, Maltese and Portuguese.  The official language is English, though it is often spoken in a dialect known as Yanito, which has influences from Spanish, Genoese and Hebrew mixed in with the English.  Most people are bilingual though, and speak both English and Spanish.

The other residents of “The Rock” are the Barbary Apes, which are the only wild monkeys in all of Europe.  They are free to roam anywhere they want, though they tend to stay on the upper portion of the rock.  They are protected and anyone who harms them will be severely punished. 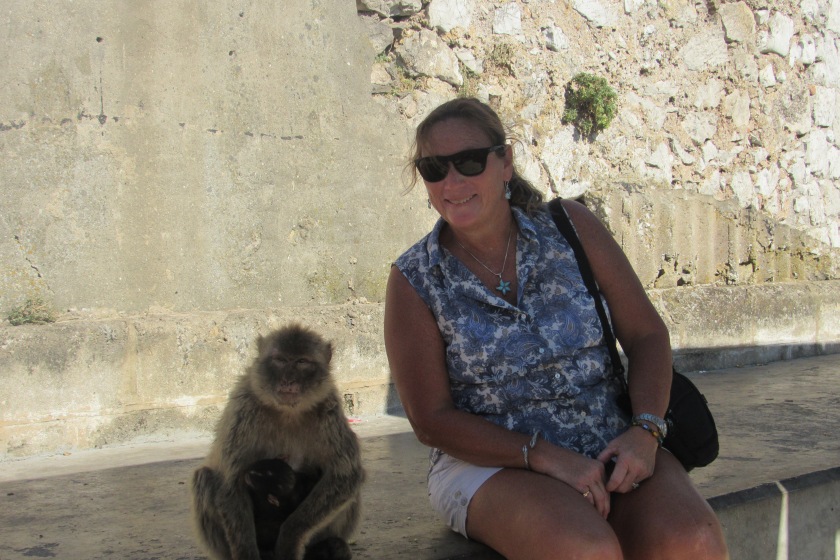 There is a cable car that takes people up the mountain, and that is a very popular tourist attraction. 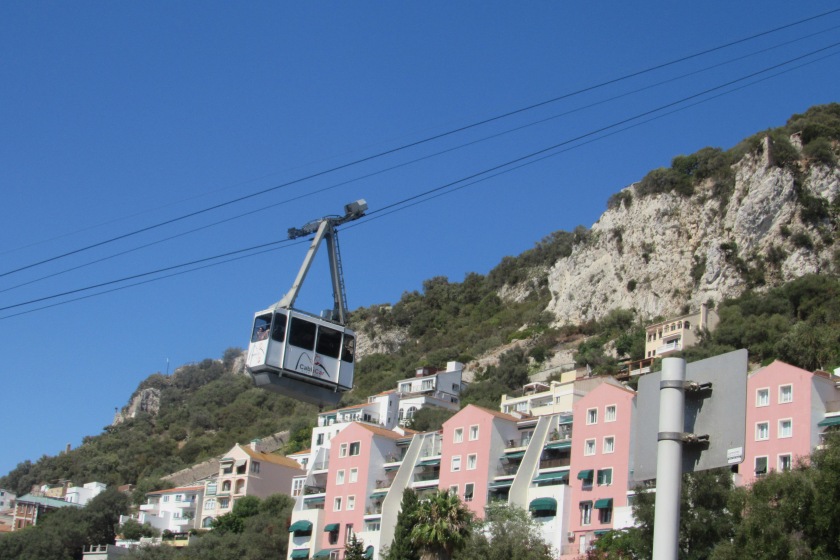 We were going to take it up, and were standing in line to do so, but then a better offer came our way.  We would have had to wait in line for about 1 1/2 hours for a six minute ride that only would have only taken us up the mountain partially.  As we were standing in line, we were approached by a couple who offered tours that gave the history of Gibraltar, stopped at the caves and stopped at the very top of the mountain instead.  We jumped at it, and I am so glad we did.  We had a much better experience than those who took the cable car.  They all had to walk UP that very steep hill in the blistering heat while we were driven up in air conditioned comfort and got a history lesson of the rock.

The caves were very impressive with a beautiful light show.  They actually hold concerts and a wide variety of events in the caves.  I would love to see a concert in these caves.  The acoustics would be phenomenal. 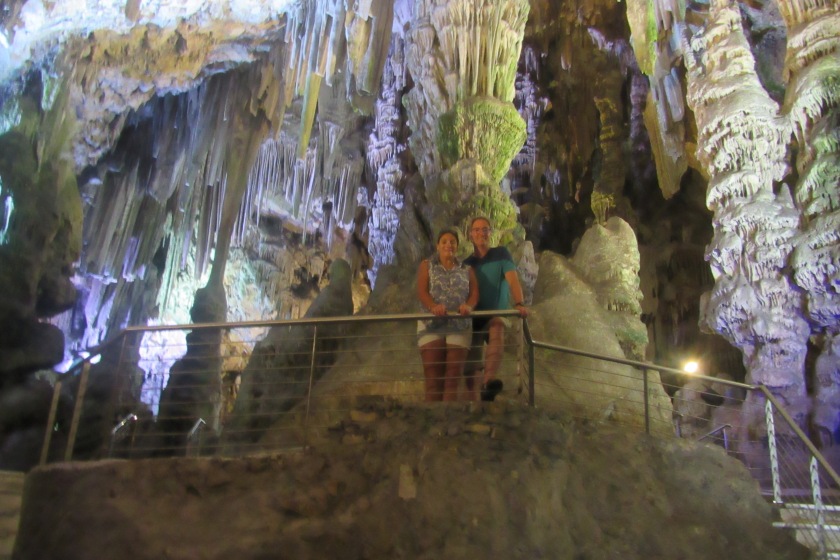 There is also a series of tunnels that were used in WWII.  We would have loved to see those, but time was limited and that would have been another tour.  Next time.  I think that would be fascinating as well.  I was raised as a WWII buff.  I love learning about everything that happened and took place during those times, and how through sheer strength and determination, people pulled through some of the darkest days the world has ever seen.

Because Gibraltar is British, we had to take in some of the local British customs and sites as well.

Yes, the phone in this old relic still actually works too. 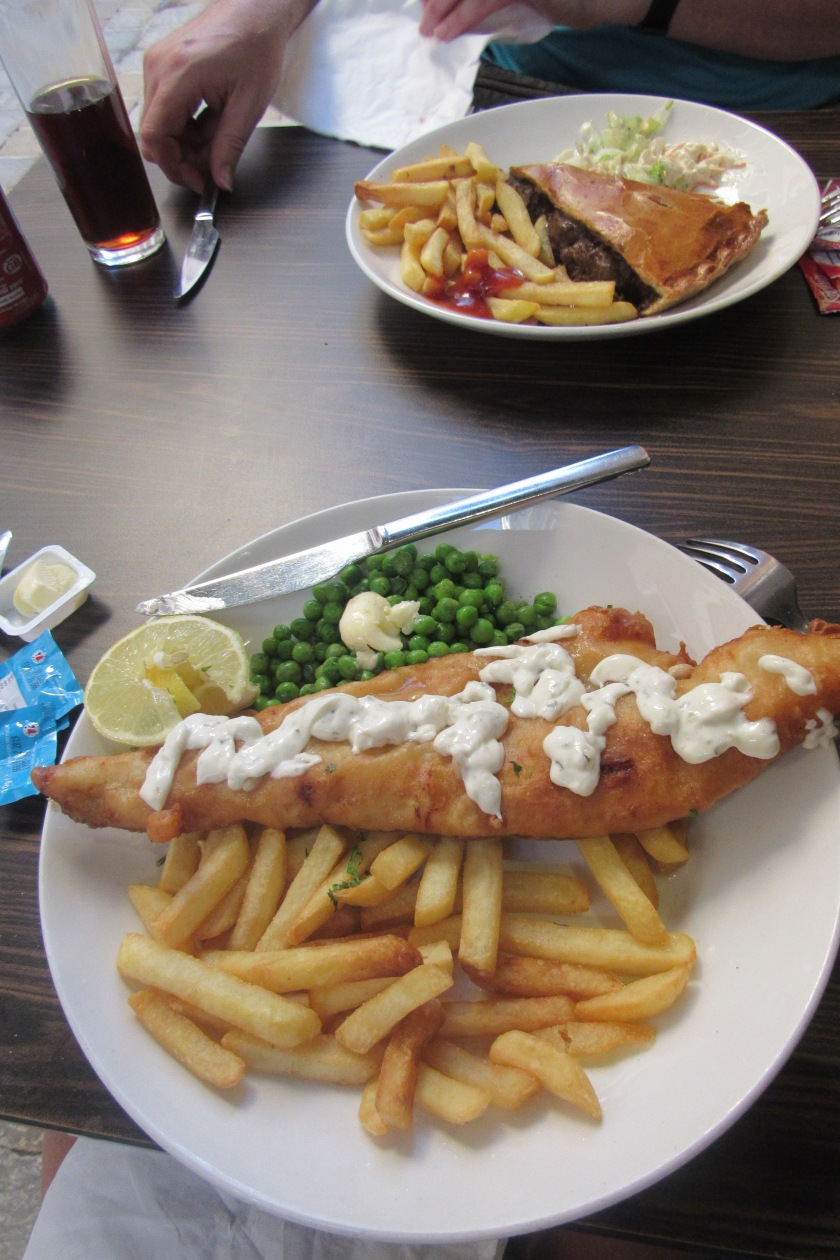 Gibraltar, just like all the rest of Spain, has very narrow roads, with very narrow houses on the streets.  Again, everyone finds a parking spot and takes it, no matter where it is, and walks the rest of the way.  Parking spots are like gold.  Once again, yet another very informative, fun and interesting day.  We loved our day in Gibraltar.

18 thoughts on “The Pillars of Hercules – Part 1 – Gibraltar”