Garbanzo beans, also commonly known as chick peas, are a member of the Fabaceae family of legumes.   Some of the other common names they are known by are Bengal gram, Egyptian pea, chani and chole, to name a few.   The name chick pea, or chickpea, comes from the French word chiche and the Latin word cicer, dating back to the 13th century.  The name garbanzo is the modern Spanish version of their name, which grew from a combination of arvanca and garvance, from the old Spanish names for these beans.  They are the oldest cultivated legumes in history, dating back 7500 years.  They were originally grown and cultivated in the Mediterranean and Middle Eastern regions of the world.  So far, there have been 90 different varieties named.  There are many uses for this very popular, very healthy legume.  Most often, there are eaten whole, and can be found either dried or in cans, or ground up to make chick pea flour and falafels, or mashed to make hummus.  Chickpeas are the main ingredient for hummus, and are also used for stews, soups, curries, and salads.  In 1793, The Germans would grind up chick peas to use as a substitute for coffee.  This was done during the first world war as well, and even now, you can still sometimes find ground chick peas as a coffee substitute in some parts of Germany.  Chick peas are very healthy and are a very good source of protein and fiber, not to mention many, many other health benefits as well.

I love chick peas or garbanzo beans.  I eat them quite often.  I love them fixed and prepared in many different ways.  This lemony garbanzo bean and spinach salad was a new and very tasty way for me to make and enjoy them. 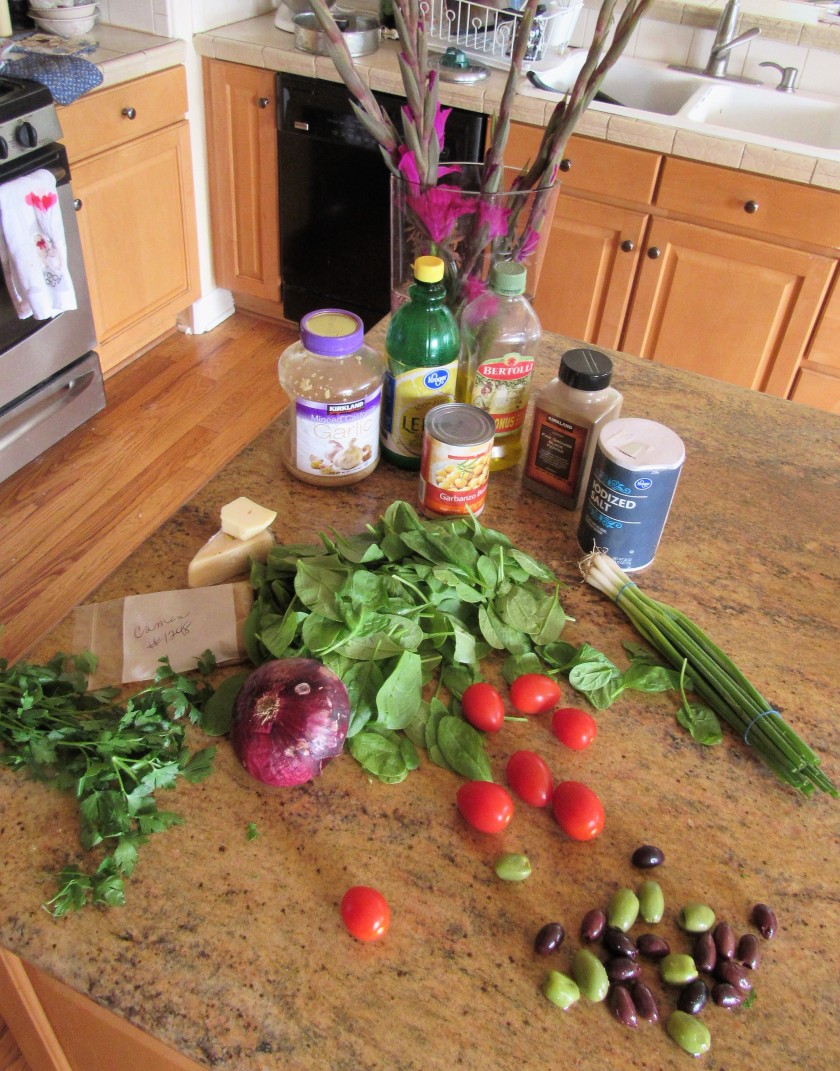 1 can garbanzo beans, drained and rinsed

Toss all the vegetables together and mix well.

Combine the seasonings, herbs, lemon juice, tahini sauce and olive oil together and whisk together well.

Add the dressing to the vegetables right before serving and toss together well.  Top with the Parmigiano cheese and serve.  If you would like to make this a main meal, add chicken or shrimp, or your protein of choice, before adding the cheese.  This salad is very light and very refreshing, and is just perfect for a hot summer day. 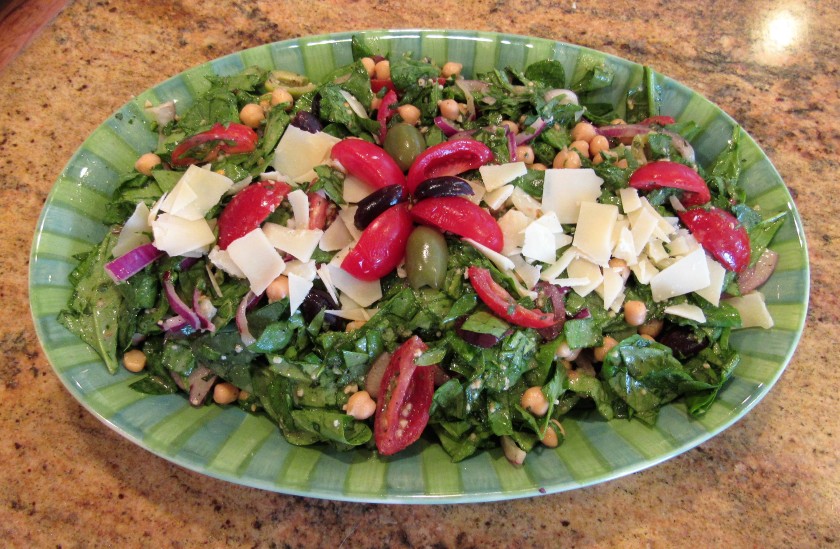