What????? A drunken chicken?  Yes, it really is.  It is a way of cooking chicken with alcohol as one of the main ingredients to the recipe.  It is a very popular way of cooking chicken in many different cultures around the world.  Because this method of cooking chicken is so versatile, there are many, many different versions and recipes.  Depending on the region of the world where this dish is being prepared, the recipe could call for wine or sherry, beer, ouzo, tequila, or whatever other type of alcohol you have on hand that you would like to experiment with in your cooking process.  I have used most of these types of alcohol for cooking, and of course for drinking too.  They are all different and all are very tasty, and all will give a distinct personality to the chicken and to the dish.  The alcohol itself burns off during the cooking process, but the flavors remain and the chicken is always very tender since the alcohol acts as a meat tenderizer as well as a flavoring agent.  Alcohol can also be used to cook many other types of meats besides chicken.  I cook a lot of recipes with alcohol, but mostly wine quite often.  As my mentor Julia Child used to say, “one for the pot and one for the cook”.  These are good words of advice to both live and cook by.   Once again, thank you Julia Child. 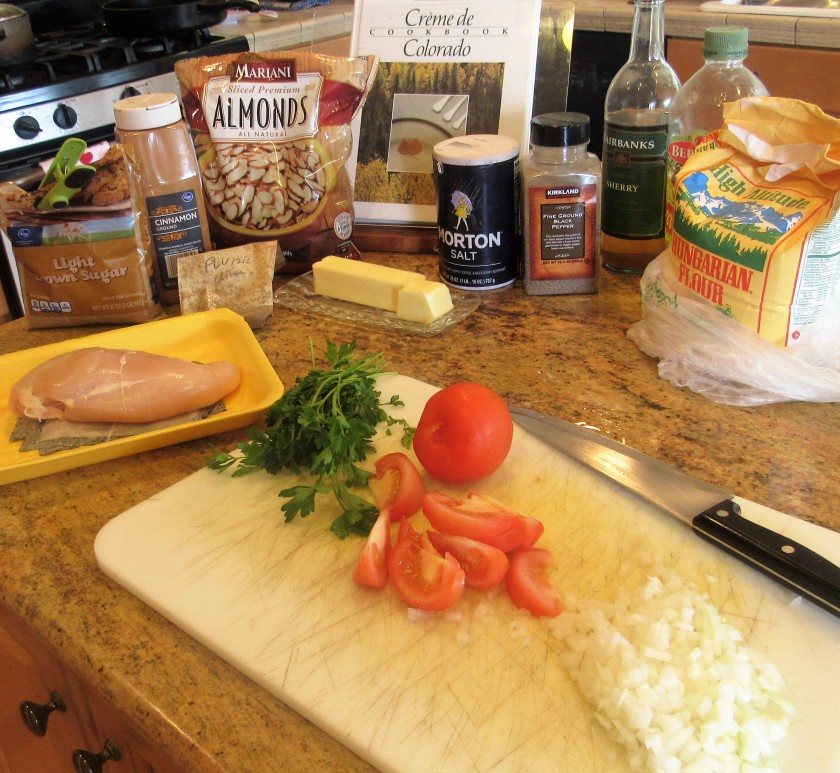 Mix the salt, pepper and flour together and completely coat the chicken. 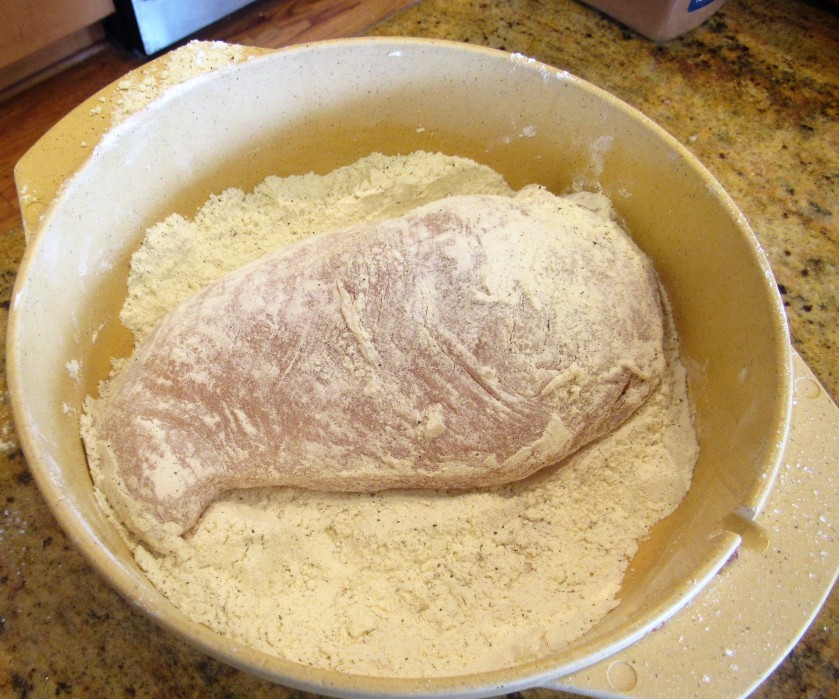 Add the butter and olive oil to the skillet and allow the butter to melt completely.  In a hot skillet, add the chicken and cook until it is lightly golden brown on all sides. 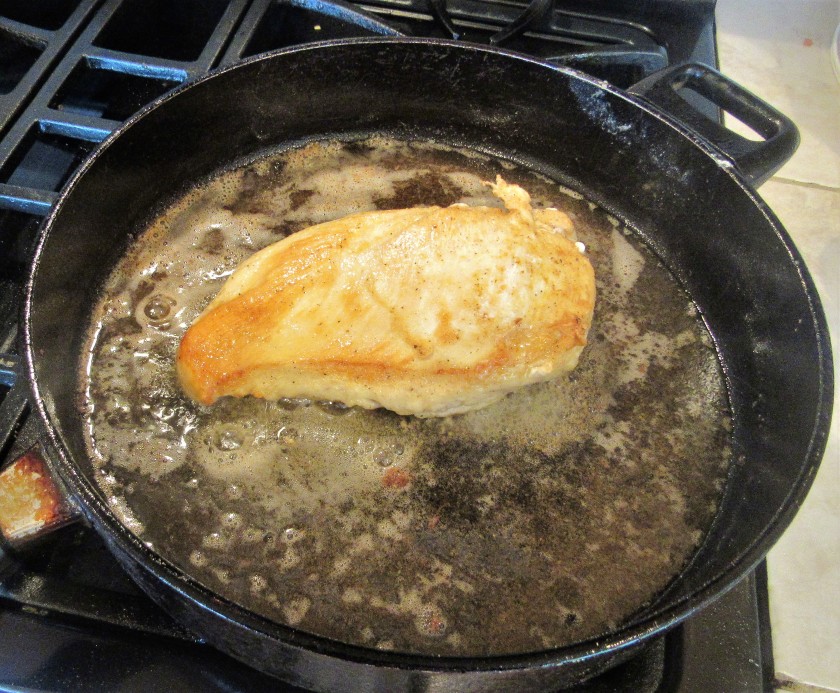 While the chicken is cooking, mix together the sherry, brown sugar, cinnamon and cloves. 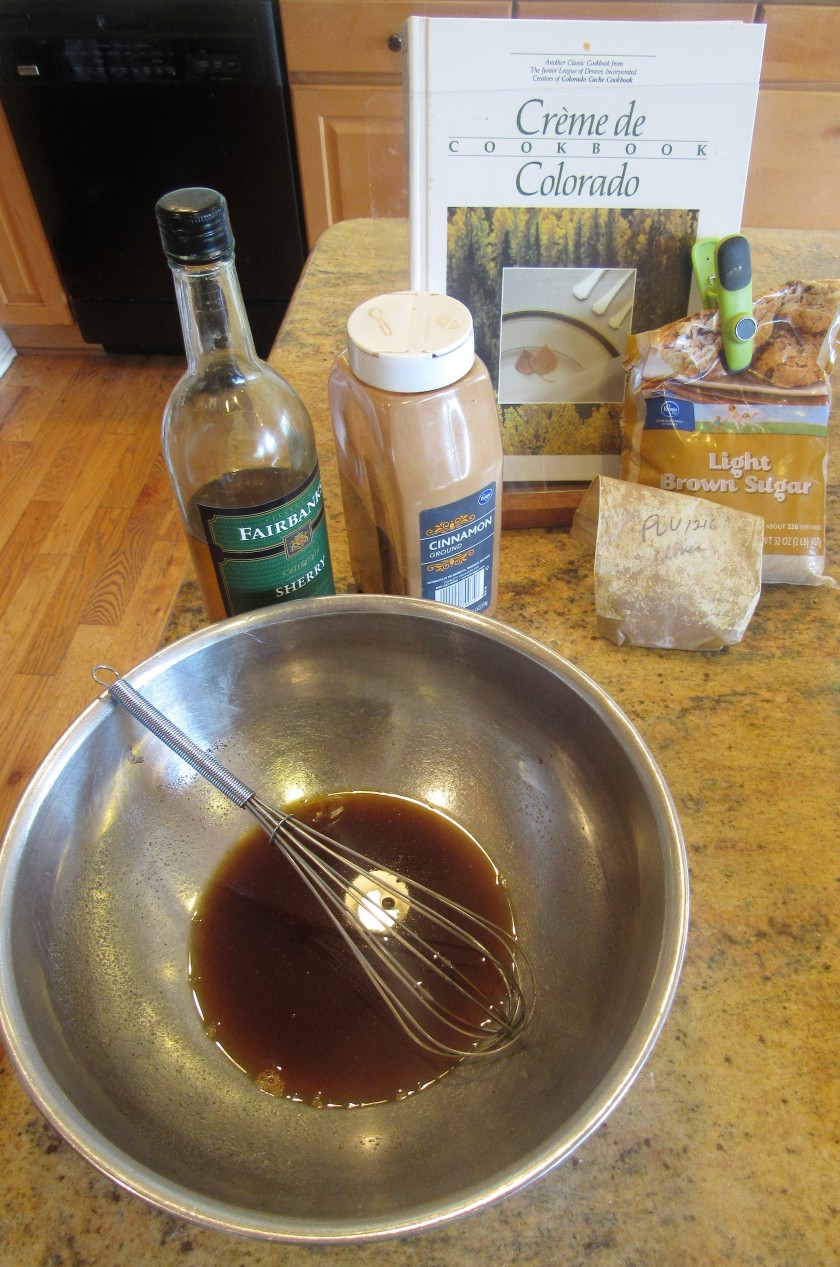 Once the chicken is lightly browned on all sides, remove it and place it in a casserole baking dish that has been sprayed with cooking spray.

In the same pan, add the liquid mixture, the tomatoes, onions, parsley and raisins.  Bring to a boil, then reduce the heat to a simmer and continue to cook for 20 minutes, stirring occasionally.

After the sauce has cooked down, pour it over the chicken and add sliced almonds on top.  Bake, uncovered for 30 minutes.

Once everything was cooked, I served it over wild rice along with green beans with mushrooms and almonds, and a cool, refreshing chardonnay on the side.  Delicious!!! 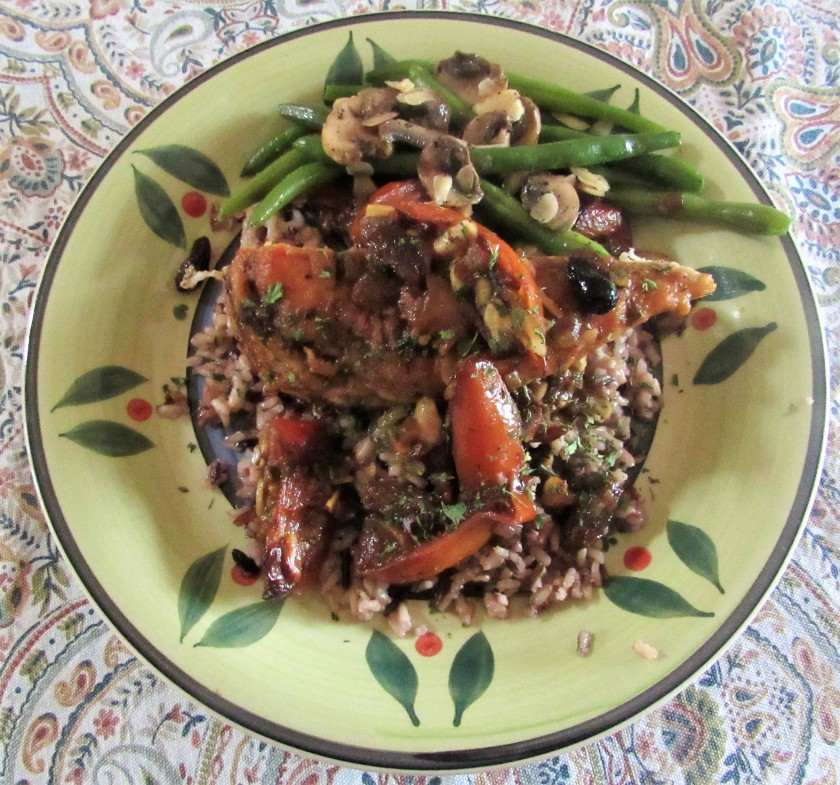 15 thoughts on “The Drunken Chicken”