Presentation isn’t everything, but it sure does go a long way.   We “taste” with our eyes long before we actually taste things on the tongue.  If something looks pretty, we already have a preconceived notion that it will taste good too, just by looking at it.   Often times, though, we all know that looks can be deceiving, and just because something looks really pretty and appealing, it is not always the case.  Years ago, long before I went to culinary school, I was working at a public relations firm in San Francisco, CA.  Most of our clients were food clients, and we had our own test kitchen at the firm.  A large part of our job was to create recipes and present them in an appealing way in order to promote them.  One of my teammates was getting married and we had a bridal shower for her.  Our boss bought this absolutely beautiful cake for the party, and I had made a cake from one of our clients’ recipes to bring along as well.  Sadly while I was traveling to the party, the cake shifted all around and got slightly mushed and wasn’t nearly as pretty as I would have liked it to be.  After seeing the beautiful cake my boss had bought, I was very embarrassed to bring in the cake I had made, because let’s face it, it looked nothing at all like the beautiful “professionally made” cake did, and in fact, it was kind a sad little thing in comparison.  However, after a lot of prodding and convincing, I eventually brought the cake in to share with the group.  Even though, it didn’t look quite so pretty, everyone said it was a much better cake than the “professional cake”.  The bride to be was very touched that I had made her a cake from scratch for her special day too.  This was a very valuable lesson to me.  Ever since then, I have always said that no matter what it looks like on the on the outside, the most important ingredient to go into any dish or recipe is  love.  If something is made with love, it will always be better than something that is not.  However, if you can make it pretty too, then that recipe will definitely be a winner all the way around.

This past weekend, my husband and I went out to Grand Junction, CO, to meet up with some friends who were there too.  I did not have any time to make anything special, and we were having our house sitter come stay with us so she could get used to the routine for all our fur babies.  I bought a Boston cream pie, which would have been totally fine all on its own, but it looked, and therefore tasted, so much better after I added a few personal touches to it to make it really stand out.

The plain version of a store bought Boston cream pie.

I quickly whipped up some whipped cream and sliced some strawberries. 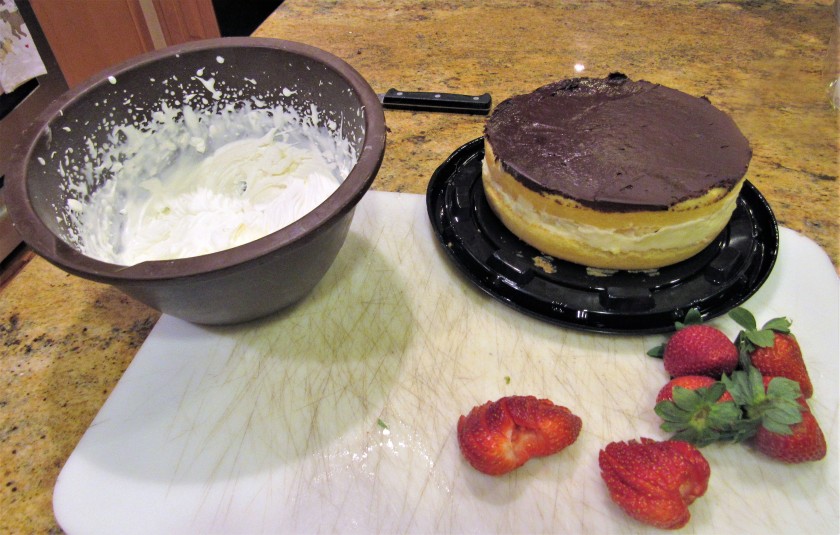 Elizabeth did some quality control and approved of the whipped cream. 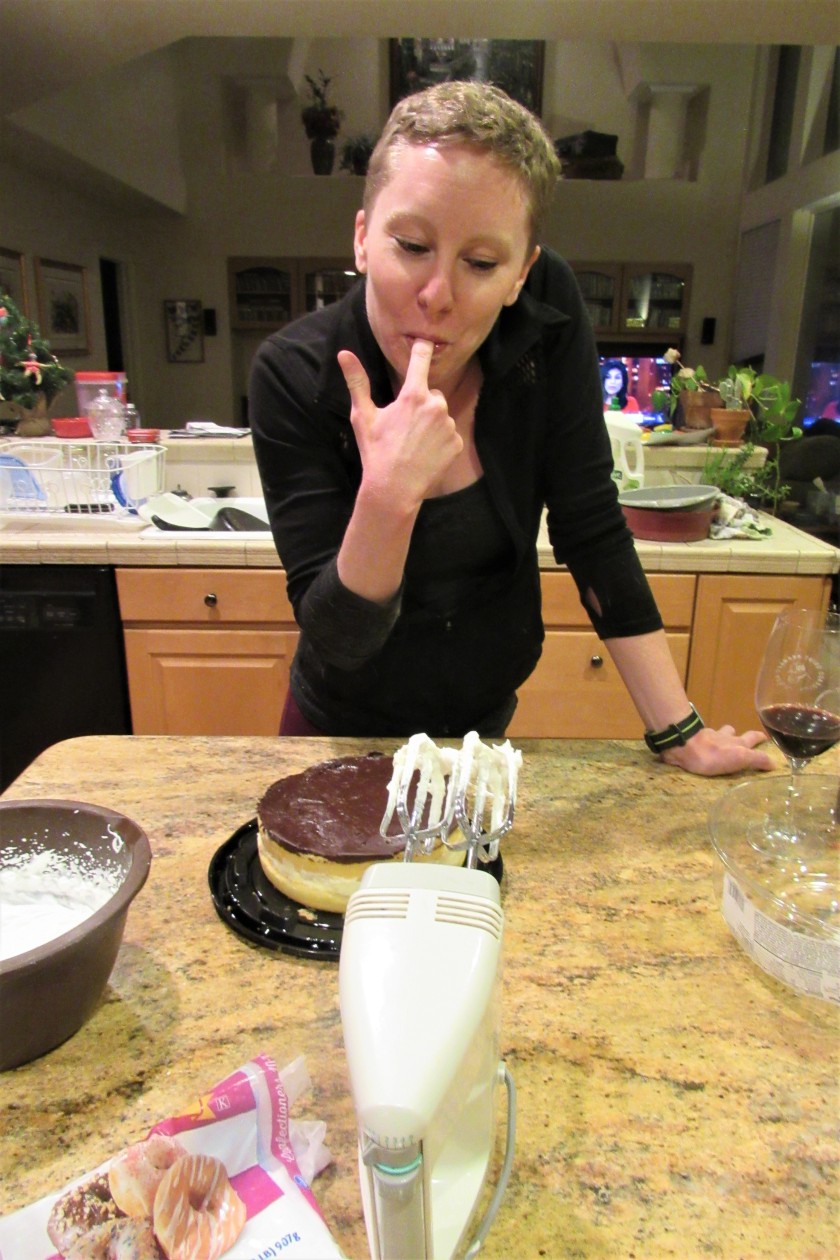 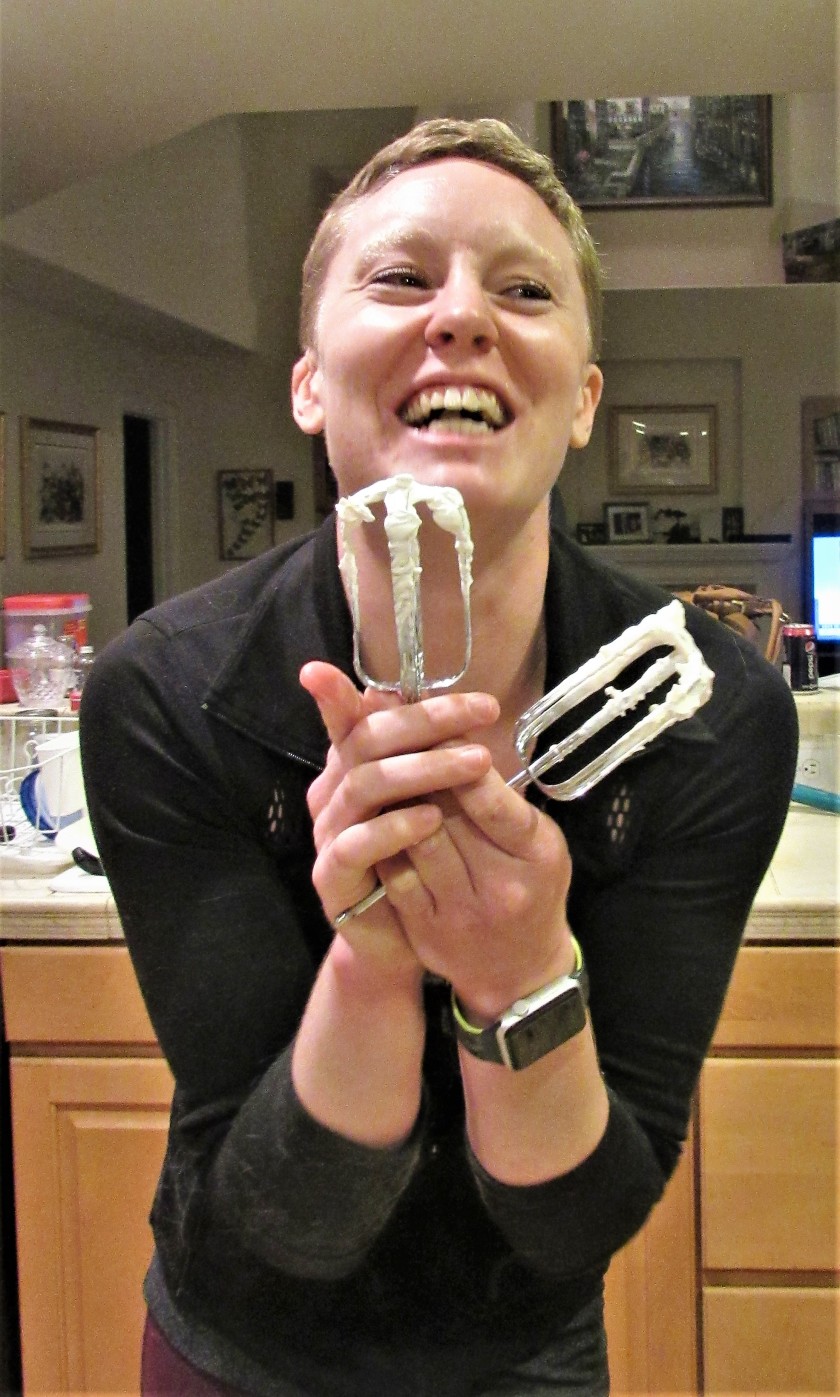 And voila!  Dessert was served. 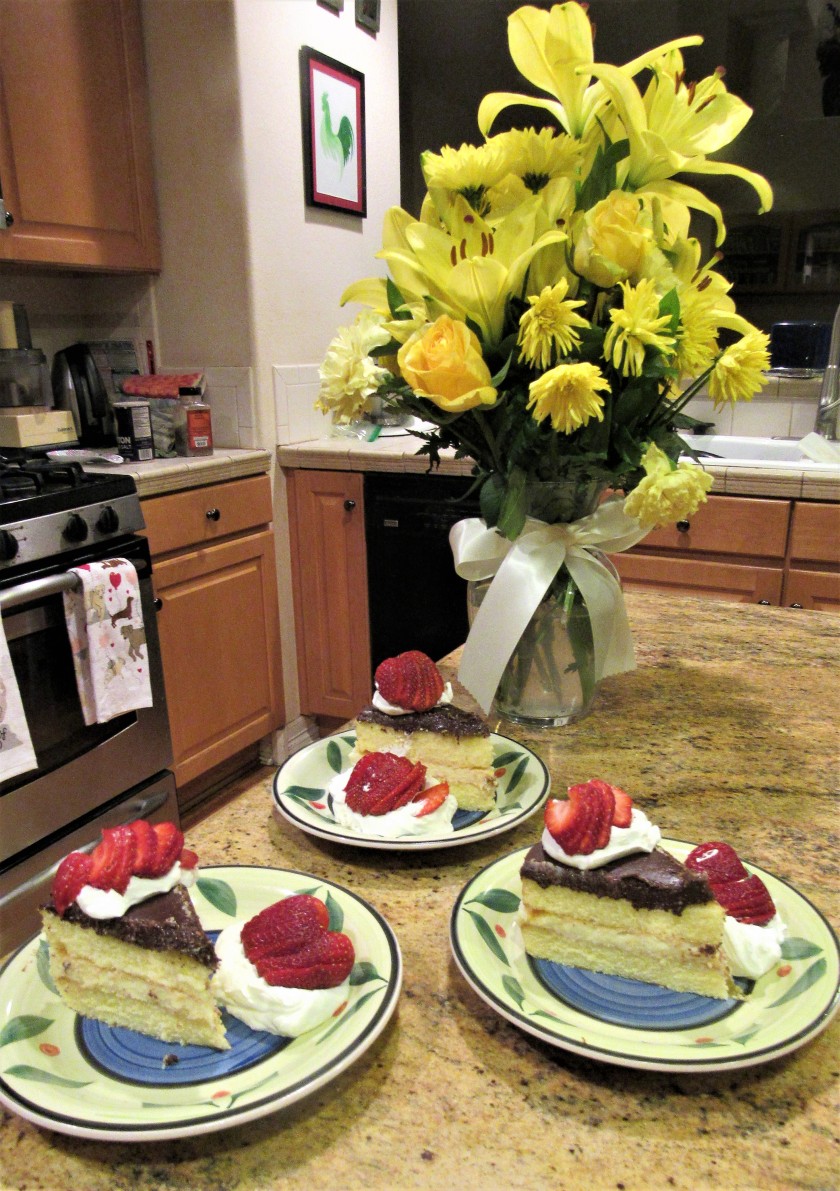 20 thoughts on “Make It Pretty”