Recently, a dear friend of mine asked me if I ever used a slow cooker.  Sure I do.  I admit, I don’t use it all that much, but I do use it for quite a few things.  Some things just need to be cooked slow and easy in order for all the flavors to really come to life.  I don’t know about most people, but I do know that I do not have enough time to stay at home watching over a pot of something that needs hours and hours to cook.  I am way too busy to do that.  That’s what slow cookers are for.  Put your ingredients into the slow cooker, turn it on the appropriate heat and temperature, cook it for as long as it needs to cook and walk away.   A few hours later, Voila!  Your dish is done.

Usually when I cook ribs, especially when I cook beef short ribs.  I will cook them in a slow cooker.  I have tried them in the oven, and I have tried boiling them before putting them on the grill, but to me, they come out best when cooked nice and slow, in the slow cooker.  The meat just falls right off the bone, and melts in your mouth.  I think that is rib perfection when that happens.  And this is exactly what I did for last night’s dinner.  I slow cooked some beef short ribs for about 6 1/2 hours, at a medium-high temperature.  When I took them out of the slow cooker, they were so tender and juicy.  I topped them with an apple butter BBQ sauce that I made, and served them with the leftover scalloped potatoes and some steamed vegetables.  I also made some pumpkin parmesan cheese bread to serve along side, with a glass of zinfandel to complete the meal.  It was just the perfect warm, comforting meal for a cold, frigid day.

Ribs are like so may other dishes where people brag about their ribs and how they cook them, and often times the recipes are handed down through the generations..  So I don’t dare tell anyone how to cook them.  Those are waters I don’t care to venture in.  There are so many different methods and good sauces and rubs out there, so I say, to each his/her own, and make them the way you like them.  I am only offering up one other way to make them.  Even I try them out in different ways all the time too, and make different sauces as well.   This time I used an orange-ginger rub, dried onions, garlic and cinnamon, about 1 heaping TBSP of each.  I placed the ribs in the slow cooker, then added my flavorings and topped the slow cooker with water, probably about 4 cups of water.  I cooked them at a medium-high temperature, or setting #3 on my slow cooker, for about 6 1/2 hours.

While the ribs were cooking, I made my sauce.  Again, I use and make all kinds of different sauces all the time.  This time, I made a more fall-like sauce to go with the season. 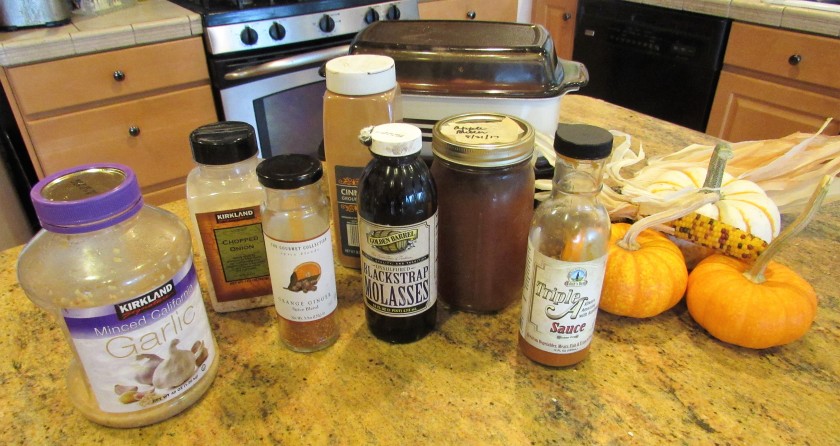 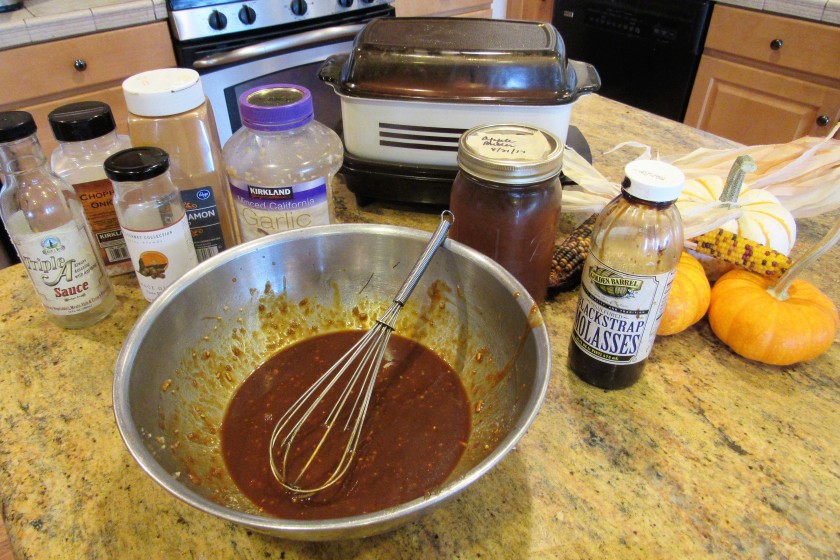 Mix everything together chill before serving.

**** Sadly to say, I have now used up all my Edith’s Best Triple A Sauce, and now I need to get some more.  Since I do not live in Florida, I am going to have to order some from Amazon until they start selling it in stores nationwide.  If you have an opportunity to try this sauce, do so.  It is absolutely delicious! Sauce It Up with Edith’s Best

17 thoughts on “To Use or Not Use A Slow Cooker”