Since I love stuff in my stuff, I cook a lot of meats that are also stuffed with, you guessed it, more stuff.  Does this make me stuffy?  Oh wait, I digress.  I have to admit I followed this new recipe almost 100%, which is saying quite a bit for me, and though I liked it, it was not my favorite way to prepare a spinach stuffed chicken.  I read and re-read the recipe many times, but it made no mention of cooking the spinach before stuffing it into the chicken.  Looking at the picture, I should have known it was cooked, but reading the recipe there was no mention of it.  So I tried it their way, but next time, I am going rogue once more, and doing it my own way again, as I do most of the time anyway.  Although I love raw spinach as a salad, when stuffing it into meats, I prefer it cooked.  But I tried something new.  Sometimes new recipes work, and sometimes they don’t.  Just because something isn’t quite right the first time though, does not mean I give up on it.  No, no, no.  Au contraire mes amis.  It just means I try and try again until it does come out right.  So I will definitely make this recipe again, but there will be some changes made and the dish will be a smash hit.  This was good, but I can make it oh so much better.

I am going to give you the recipe that includes my alterations, so when you make it, it will come out really tasty and delicious, rather than just ho hum.

4 slices of either mozzarella or provolone cheese, optional

Cook the lentils according to the package directions and set aside.

Cook the spinach with the shallot, garlic and salt & pepper in olive oil.

Boil the potato until it is soft.  Drain the water and mash the potato roughly with a potato masher.  It’s OK if it is still a bit chunky.  You want that texture. 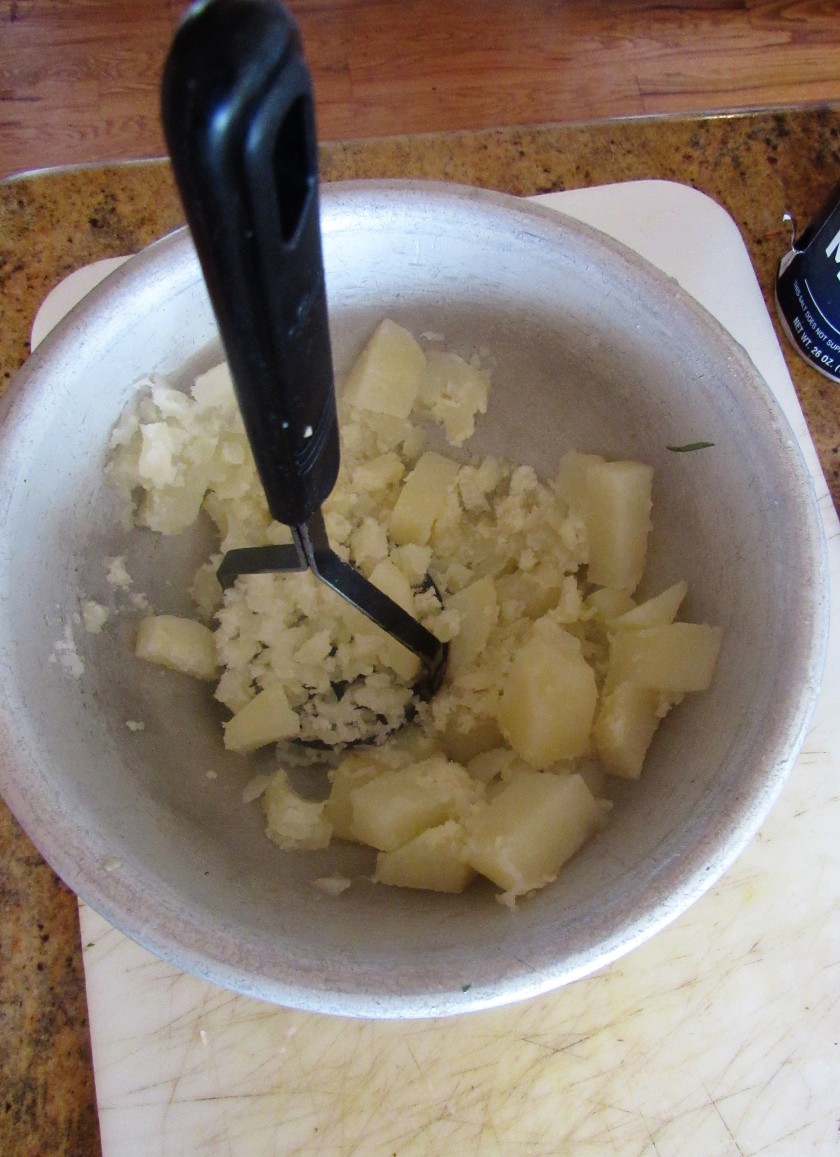 Once the potatoes are roughly mashed, mix in with the cooked spinach mixture and the egg.  Mix everything together thoroughly.  This picture shows the raw spinach.  You can do it either way, but I much prefer the cooked spinach version.  Your choice though.

Slice the chicken breast down the middle and add the stuffing mixture.  Fold one side over the other and hold in place with toothpicks.

Add salt, pepper and olive oil to the chicken breast and gently rub in.  Then top each with a little bit of butter on top.  Cover with foil and bake for 25 minutes.  After 25 minutes, remove the foil and add the cheese if you are using it and continue to cook for about another 20 minutes, or until the cheese is melted and/or the chicken is lightly golden in color.

While the chicken is cooking, make the sauce.

4-5 tomatoes, diced in a medium dice

Cook the tomatoes, garlic, shallots and salt and pepper together until the shallots are translucent, then add the chicken stock. 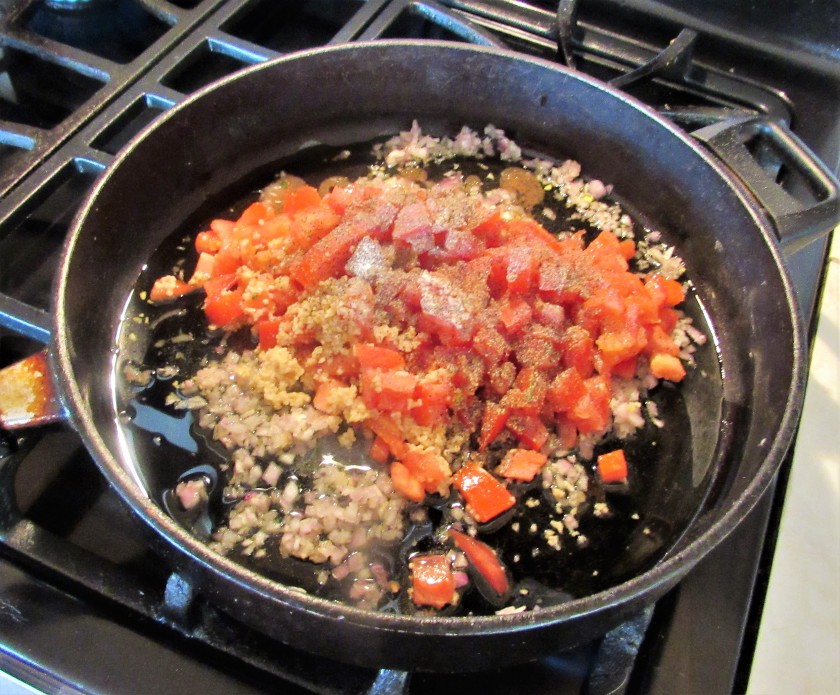 Mix everything together and add the mushrooms, whole, but with most of the stems removed.  Cook for about 10 minutes.

Once everything is cooked, it is time to layer your plate.  Start with the cooked lentils, then add the chicken and top with the sauce.  Place the mushrooms around the plate.  Serve it with your favorite wine, either white or red, but if choosing a red, I would recommend a lighter red so it won’t overpower the light, simple sauce.  Personally, I would choose a white to compliment the chicken more than the light sauce, but again, go with what you like. 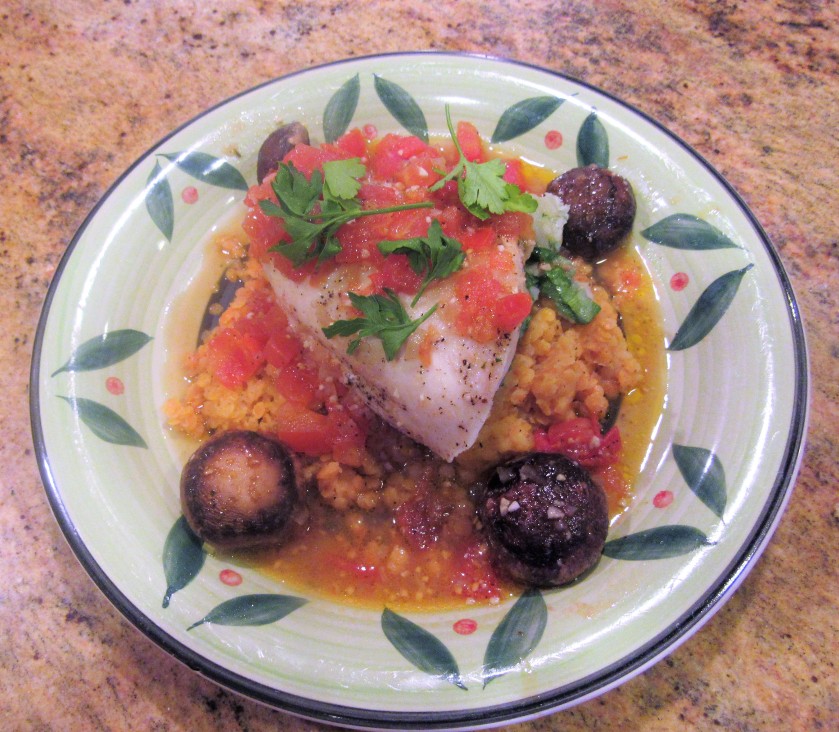 18 thoughts on “Spinach and Potato Stuffed Chicken with Tomato Sauce”